‘I am proud of the can-do spirit of Ghanaians’ – Akufo-Addo - MyJoyOnline.com 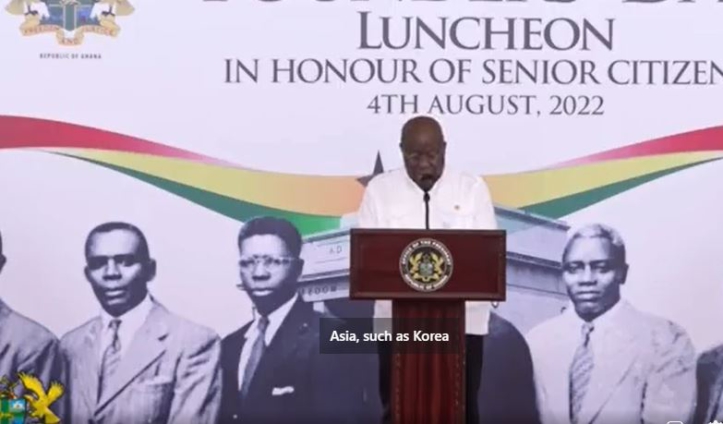 President Akufo-Addo has praised Ghanaians for their fighting spirit in the face of adversity.

Speaking at the event to mark the Founders’ Day celebration on Thursday, President Akufo-Addo said “I am proud of the can-do spirit of Ghanaians.”

According to him, although Ghanaians are faced with several obstacles, they are determined “not to be bucked down by events and allow the circumstances and challenges of today to shape our collective future.”

He cited some of the challenges as prolonged periods of instability and military rule fueled by several coup de tats and Covid-19.

“Since the attainment of Independence 65 years ago, we have bemoaned the fact that our nation has not lived up to its vast potential. In countries such as those in South East Asia that is Korea and Malaysia which gained their Independence around the same time as we did, but have outstripped us in terms of development. In spite of the many obstacles we had to surmount, he said.

According to him, even though Covid-19 had a massive hit on the economy, it worsened due to the Russia and Ukraine war. However, “government has outlined a series of measures including seeking the assistance of the International Monetary Fund in the short term to help repair our finances.”

President Akufo-Addo assured that “we will revive and revitalize the nation back on the path of economic growth.”