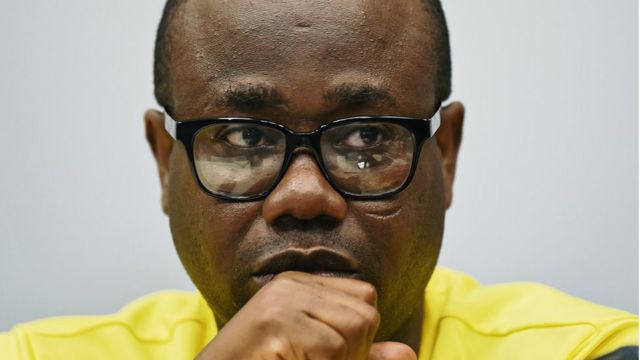 Former Ghana Football Association president, Kwesi Nyantakyi has tipped the Black Stars to have a fruitful tournament at the upcoming Africa Cup of Nations.

The competition is set to begin on Sunday, January 9 in Cameroon with Ghana playing its first game against Morocco on Monday.

Ahead of the start of the championship, Nyantakyi believes Milovan Rajevac’s men will excel at the tournament in Cameroon.

Following his resignation after the Anas Aremeyaw Anas’ expose in 2018, the Black Stars failed to impress at the 2019 AFCON, exiting in the round of 16 stage

Speaking on Onua Tv as he shared his Afcon experience, Nyantakyi said, “

“I have been at the Africa Cup of Nations [AFCON] several times with the Black Stars and there are tricks that we must take into consideration.”

“Some of the North African countries come to the tournament with their own cook, cleaners among others and when I was in office, we also do the same because Africa is full of surprises.

“This is because nobody wants to be a victim and I think with the Black Stars heading to the AFCON in Cameroon, all this must be taken into consideration.

“I believe the team can make an impact and in doing that, these things must be taken for granted,” he added.

After playing Morocco on Monday, January 10, the Black Stars will then play Comoros and Gabon in their subsequent games.