I cried to convince my family to let me pursue music - KiDi - MyJoyOnline.com 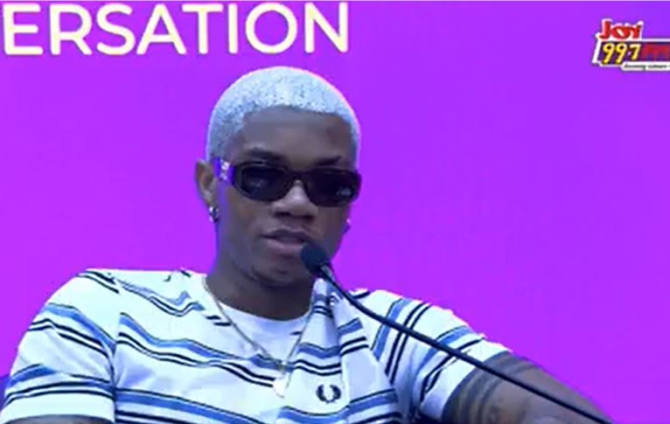 Lynx Entertainment signee KiDi has revealed that his family gave him the green light to pursue his music career after tertiary education.

Speaking in an interview on Joy FM’s Showbiz A to Z on Saturday, the Touch it hitmaker said he shed tears coupled with some dramatics to convince his family to allow him to pursue his musical path.

The ‘Say Cheese’ crooner said when the tears got to the family, he was given a year ultimatum to make something out of his music or forfeit it and take up a white-collar job.

“I called another family meeting and cried. It was my small way of getting my way…at the time I had a punk, I said I’d cut my hair and wear a suit if they wanted me to work in an office and never be happy in my life, and they agreed,” he said.

This was after a first family meeting was held to deter him from going into the industry.

The singer-songwriter said although he understood that the family was coming from a place of concern, he also did not want to give up music putting him in a dark place hence the decision to convene the second meeting to cry.

“When they go out to the public, sometimes they see these veteran musicians who are now old, and then there is nothing really happening for them; it scared them as parents, and they always say we don’t want this to be your future,” he said.

KiDi said that after the one-year ultimatum, he put in more effort to make sure he hit the music industry and become a success.

“That one year for me was do or die.. during that one year, God been so good Richie taught me how to produce, so that was where I started experimenting; after work at five I go to the studio be there till midnight trying to be experimenting,” he added.

KiDi, on the other hand, stated that when he began singing as a hobby in church when he was 12 years old, her mother was supportive.

“She comes to church to come and spray money on me; yeah, my son can sing,” he recalled.

He said that his mother began to have concerns about his singing in high school.

He claimed this was because he began participating in sports [athletics], which her mother felt diverted her attention away from his books.

He added that his mother advised him to set aside one skill so that he could learn it at university, but he ignored her advice and continued with his interests.

KiDi said choosing a career path in the early days was quite difficult even though one may have talent.

“It is recently that some of these jobs have become cool. But, like 10 years ago, how dare you tell your mother or father that you want to be a photographer, you want to be a footballer, you want to sing… Career days in schools, we all dress like doctors, etc to impress the parents but deep down we knew this is what we wanted to do,” he said.