I distributed 161 ambulances as a Health Minister – Alban Bagbin reveals 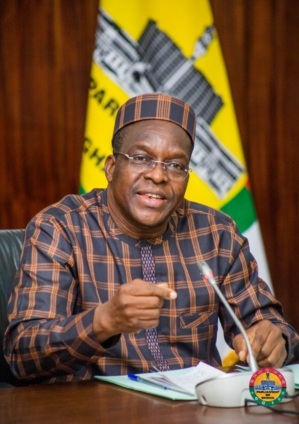 Speaker of Parliament, Alban Bagbin has stated that but for some interventions he put in place during his tenure as Health Minister the National Ambulance Service would have grounded to a halt.

Commenting on a statement on the floor by MP for New Adubiase, Adams Abdul Salam, the Speaker revealed that he augmented the limited fleet of ambulances at the Ambulance Service at the time the Service had only 33 ambulances nationwide.

“I was Minister for Health and I personally distributed 161 new ambulances that time. We had only 33 in the whole country and so when you added 161, it went to 194 and so it’s good to keep increasing but maintenance is an issue,” Alban Bagbin revealed.

He called for a critical look at ensuring regular maintenance of ambulances in the country as they play a crucial role in the country’s health delivery system.

The Speaker’s comment was necessitated by a comment made by MP for Adansi Asokwa, KT Hammond who contended that the Akufo-Addo government deserved praise for its recent addition of some 307 ambulances to the fleet at the Ambulance Service.

The MP for New Adubiase, Adams Abdul Salam in his statement also called for regular training and recruitment of more emergency medical technicians to augment the existing ones and also strengthen ties with local health facilities to ensure timely emergency medical care and appropriateness of transfers.

The MP in the statement revealed that a total of 2,147 Emergency Medical Technicians and 900 Emergency Technicians trainees at the Ambulance Service for the entire country is woefully inadequate and asked the government to employ more hands to improve the country’s health care delivery.

Abdul Salam said despite the additional 307 commissioned by the president, the service is faced with challenges that sometimes exacerbate the conditions of the sick and injured or even lead to avoidable deaths such as the death.

He cited the case of the Headteacher at Adansi Subin Camp, Tepkor Wilson who due to the absence of ambulance service in his constituency died from injuries he sustained in an accident.