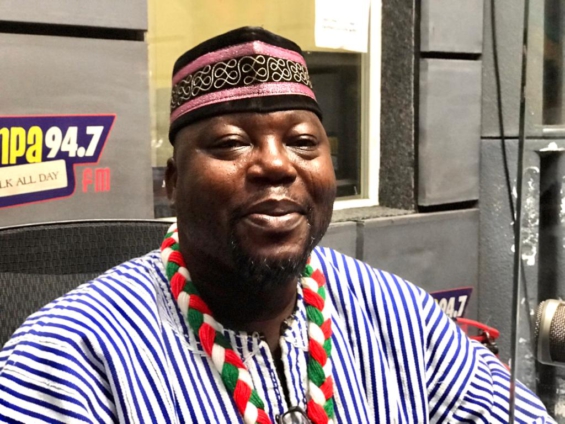 The Executive Secretary of the Importers and Exporters Association, has lambasted government officials for their poor handling of the economy.

Sampson Asaki Awingobit insists they have performed abysmally in that regard.

He thus questioned the academic credentials of the President and the Economic Management Team.

Contributing to a panel discussion on Citi TV on Saturday, August 20, he asked President Akufo-Addo and Dr. Bawumia to apologise to Ghanaians.

According to him, they have failed to deliver on their promises to the citizenry.

“Government and its so-called economic management committee have lost touch with the people. They have no knowledge, and I do not know where they got their PhDs from.”

“This government has failed us woefully, and it is high time the President [Nana Addo Dankwa Akufo-Addo] and his vice [Dr. Mahamudu Bawumia] accept and apologise to Ghanaians. They have performed abysmally. They cannot promise us flamboyant things and fail and go on with their lives as though nothing has happened.”

“These are the same people who criticised the former President [John Mahama] throughout his tenure, going about, promising us heaven on earth all to get into power. I want the President of the Republic of Ghana and his vice to apologise to Ghanaians. They have said so much and delivered little,” he demanded.

The country’s economy is in some difficulties leading to some hardships on Ghanaians.

The cedi is also the worst-performing African currency and has also depreciated against some major international currencies.

This is per the latest figures released by the Bank of Ghana.

DISCLAIMER: The Views, Comments, Opinions, Contributions and Statements made by Readers and Contributors on this platform do not necessarily represent the views or policy of Multimedia Group Limited.
Tags:
Dr. Mahamudu Bawumia
Economy
Ghanaians
President Akufo-Addo
Samson Awingobit