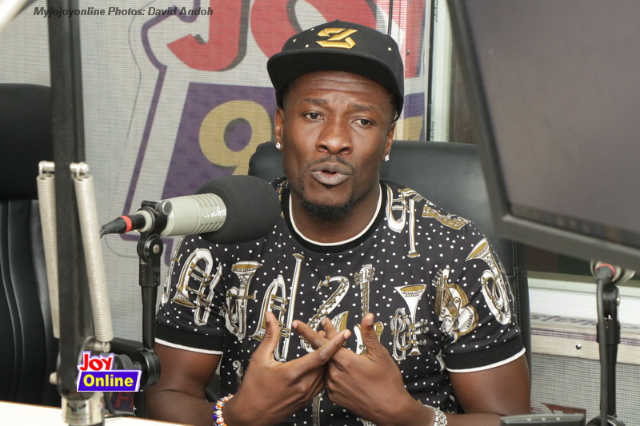 Former captain of the Black Stars, Asamoah Gyan, says he does not understand the role that comes with his new General Captain title.

The country’s record goalscorer with 51 goals said, “a captain is a captain…I don’t understand the word, General Captain.”

In a bare it all interview with Daniel Dadzie on Joy FM’s Super Morning Show Friday, he lamented the manner in which he was side-lined as captain of the senior football team ahead of the Africa Cup of Nations (AFCON) 2019.

According to him, the timing of Coach Kwasi Appiah’s decision was wrong.

The 33-year-old was expected to lead the Black Stars in their bid to end their 37-year wait for the trophy in Egypt but decided to rule himself out.

This was after he was stripped of the captaincy a month to the start of the tournament.

“I asked him [the coach] what happens if I come on the pitch, would the armband be given to me out of respect, the coach said ‘no you are no longer the captain’,” he said.

However, after the intervention of President Akufo-Addo, he was made the General Captain while his assistant Andre Ayew was confirmed as substantive Captain.

Obviously not happy with the turn of events he said such a decision “Should have come months earlier.”

According to him, he had just come back from injury and was preparing fervently for the tournament only to be hit with the news.

“The timing was bad,” he stated.

Gyan also disclosed that he did not enjoy his tenure as Captain of the Black Stars due to criticisms he described as “uncalled for”.