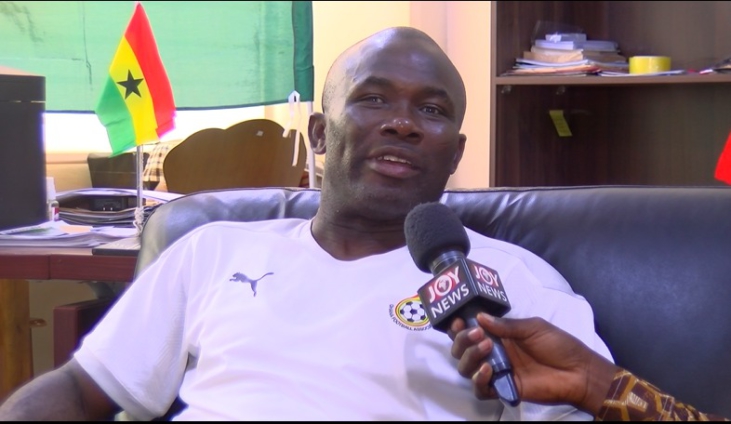 Prof. Twumasi, who served as the Head of Department, Biochemistry and Biotechnology at the KNUST, was granted a sabbatical leave by the University from January 1, 2019, to December 31, 2021, to pick up the role as Director General of NSA.

But the NSA boss was implicated in the recently released Auditor General’s Report, where he was named among four KNUST recipients of double salaries in the year under review.

However, Prof. Twumasi has denied the content of the publication.

In an interview with Luv FM, the NSA boss describes the report as propaganda, claiming he does not earn double salary from the Controller and Accountant General’s Department (CAGD) as purported by the AG’s report.

“Oh yes it’s propaganda. I think that the Auditor General might have had some leads to question it but there is a time for this to be done,” he said.

“KNUST like other public universities in Ghana, there is a condition of service which gives every lecturer an opportunity to have a sabbatical leave, you earn it.

“If you do ten years, you get 2 years sabbatical. Sabbatical means that it is something to offer you a brief time to go and get some rest, it’s yours.

“But that amount that they give you in the course of that period which you have worked for is equivalent to your basic salary, all your category 4 allowances, all of them are out.

“That’s what people need to get an understanding of and it’s mandatory, if anybody works for ten years and he applies for that sabbatical leave, he is supposed to be given and what he uses his time for is up to the individual.

“The Auditor General when they raised this issue was in 2019 at that time, KNUST had advised them they should show them an evidence which shows that he is getting double because as for us KNUST, we have contract with him that once we’ve granted his sabbatical leave, we are required to pay him amount equivalent of basic and if we don’t do it, he can even go to court and sue the university”.

Prof Twumasi also stressed that the government even owes him more than the amount captured in the report and that he will explore all avenues to demand his unpaid benefits.

“As we speak now, my category 4 allowances and some other benefits that are supposed to be paid, have been outstanding for almost four years.

“The government owes me even more money than what they are talking about but of course, I am going to demand every little debt to the last penny,” he stated.

DISCLAIMER: The Views, Comments, Opinions, Contributions and Statements made by Readers and Contributors on this platform do not necessarily represent the views or policy of Multimedia Group Limited.
Tags:
NSA boss
Professor Peter Twumasi