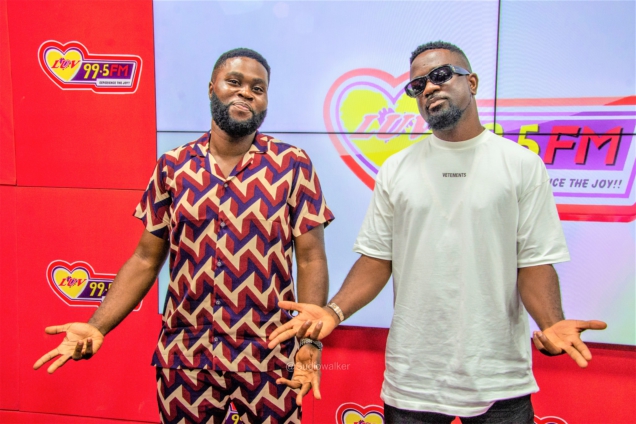 Rapper Michael Owusu Addo known in showbiz circles as Sarkodie, has revealed that he will not be forced to compose any song targeted at criticising the current political administration.

The ‘Happy Day’ hitmaker directed critics to enjoy his old tracks that sought to put the system on its toes.

His comments come on the back of a section of claims that his affiliation with the Akufo-Addo administration has prevented him from highlighting the plight of citizens now through his music.

Touching base with his fans on Luv FM’s Drive Time, the 2012 BET International Act bemoaned the height of political polarisation attached to national issues, adding that he will not bow to such demands.

“I feel no pressure at all, and I think that is why in a way, we are still stuck. Conversations around Ghana always end up being political and that makes you don’t even want to speak about stuff. But, I think if I’m moved, I’ll want to speak about it.

“The songs I did was not for NDC, it was for governance, and so it happens to be that you are the one in power, so then…but then I know political ears hear things differently, they will always to twist it around.”

Sarkodie and other celebrities during the Mahama era took to the use of songs, marches, and social media to preach reforms that could make the lives of Ghanaians better.

Some of the issues they hammered on included erratic power supply, the exchange rate, inflation, poor road, health and education infrastructure, among others.

Sarkodie further reiterated that his aim for composing songs like The Masses, Dumsor, Inflation was not for popularity but to drum home the pertinent issues that needed urgent attention from the government.

“I didn’t do the song for clout; I don’t record those songs because I want to trend. It’s a serious issue. If I have to speak about something, I will attack it may be different. Imagine me going to talk about what I said on The Masses; it’s the same thing.

“I said almost everything that everyone is speaking about now so radio stations can still play that song. So if I say ‘oman panyin’, you can’t say it’s (Mahama) exactly. I find it interesting why people can’t go back and listen to the music and see if I was saying Mahama or NDC fo); I never said that. I said to governance, and it’s still the same.”