I had a crush on Genevieve Nnaji – Wizkid confesses 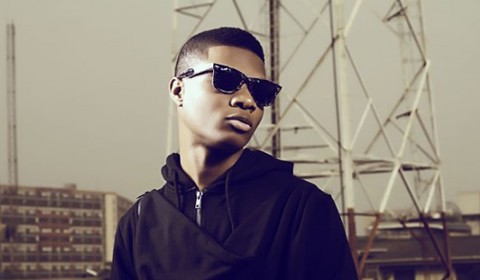 Ayodeji Balogun otherwise known as Wizkid hit the Nigerian music industry few years ago when he released his hit single Holla At Your Boy.

The song became an instant hit especially when it became the favourite of many TV stations across Africa.

It is not unusual for celebrities to have crush on some people before they also became stars themselves.

While answering questions from Toolz on Ndani TV, Wizkid revealed that he had crush on Nollywood superstar actress, Genevieve Nnaji.

According to Wizkid, “I really had a crush on Genevieve until I met her and I realized she was my aunt.

“When I was a kid, I loved watching her movies. I met her when I was with my older uncles, they told her to come meet their boy (me) and I said ‘Good evening ma’. It is all good though, I still love you Genevieve,”

When teased by Toolz if he could still date the 33-year-old screen goddess, 22-year-old Wizkid said,” Yea, definitely, but I doubt she would date me.”

He was then given a tip on how to get Genevieve. ”I think you should send a private jet to go pick her (Genevieve) up at her house and take her to wherever you are just for dinner,” Toolz told Wizkid. ”I promise, I am going to do that, the EME artiste assured Toolz.