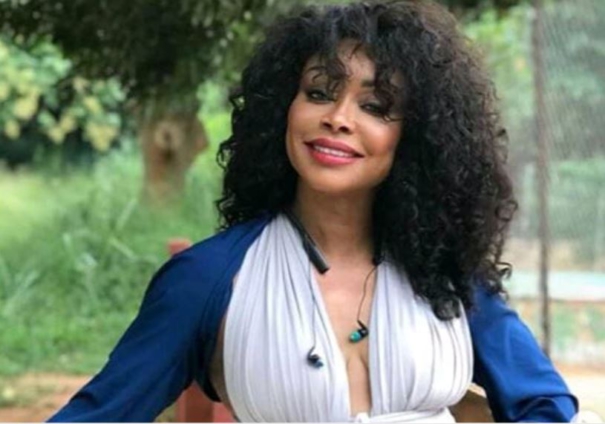 Musician Stephanie Benson has opened up on her battle with cancer and other ailments that have left scars on parts of her body.

The singer revealed to her fans that her body is not perfect, urging all women to love themselves and be confident in their own bodies.

Rather than the sexy woman her fans know her for, Stephanie Benson disclosed that she is full of scars from the top part of her body to her knees.

Some of the scars, she revealed, are a result of her struggles with cancer in her breast and reproductive organs.

According to her, she has scars on her stomach from childbirth and hysterectomy; a procedure to remove her womb as well as two scars on both breasts from a double mastectomy procedure.

Due to the severity of her breast cancer, she indicated she has lost her nipples, but she is happy to be alive.

Aside from the cancer-induced scars, Stephanie Benson added that she has scars on her ribs from hormone infusions which she requires to make her act normally.

Others are also evident on her knees and face from falling off a motorbike. She made the revelations while preaching on the need for body positivity and cancer screening to commemorate the October breast cancer awareness month.

“Love yourself; you are all you have and nobody will love you as much as you love yourself,” she urged in a video she shared on Instagram. See video below:

DISCLAIMER: The Views, Comments, Opinions, Contributions and Statements made by Readers and Contributors on this platform do not necessarily represent the views or policy of Multimedia Group Limited.
Tags:
Breast cancer
Stephanie Benson