I have no regrets about choosing music – Yaw Sarpong 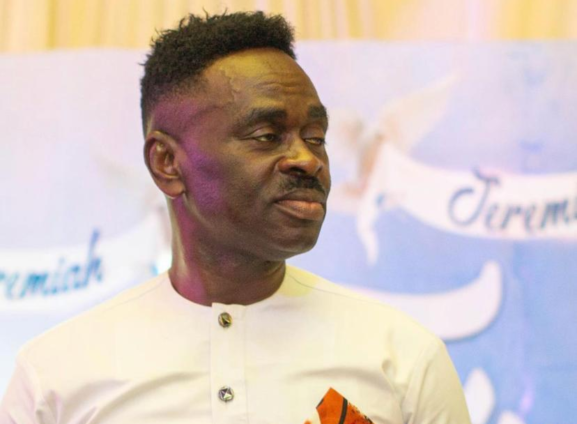 Ghanaian gospel musician, Isaac Opoku, widely known as Yaw Sarpong has revealed he has no regrets about choosing music as a career.

According to him, he could not wait to finish school to continue pursuing his first love, music.

The artiste said this in a yet-to-be-aired edition of E Vibes on JoyNews.

“We were the first batch, 1979. I don’t remember if I failed or passed, but I’m sure I failed. My aim was to just finish school and continue my music. When I was in school, music was the only thing I could think of,” he said adding that music has treated him better.

Speaking to host Becky, Mr Sarpong explained that “music has done a lot for me, anywhere I go people shower praises on me so I didn’t regret.”

Yaw Sarpong was born to a former Member of Parliament during President Kwame Nkrumah era who passed away in 1966 after being imprisoned during Nkrumah’s overthrow.

After the death of his father, Yaw Sarpong’s mother had to relocate to Akyease in Kumasi where he hails from due to economic hardship. The community became Yaw Sarpong’s growth place and his beginning of music life.

DISCLAIMER: The Views, Comments, Opinions, Contributions and Statements made by Readers and Contributors on this platform do not necessarily represent the views or policy of Multimedia Group Limited.
Tags:
Career
Music
Yaw Sarpong