I have panacea to beat NDC - Asamoah Boateng - MyJoyOnline.com

I have panacea to beat NDC – Asamoah Boateng 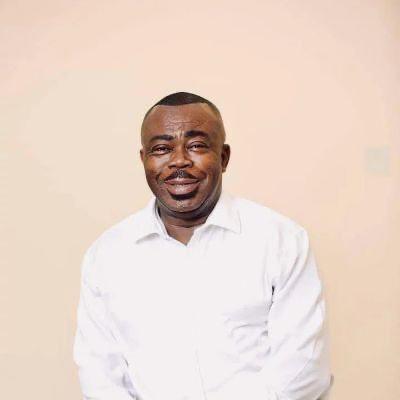 The National Chairman hopeful for the New Patriotic Party (NPP) is urging patriots to cash their hopes in him to help the party maintain power in the 2024 general elections.

According to Stephen Asamoah Boateng, he has got the panacea to beating the opposition National Democratic Congress (NDC) in elections.

He said he would do the same if given the nod to chair the party’s affairs leading to December 2024.

Speaking to the media on the sideline of the Volta Regional Delegates Conference, he chronicled how he “broke the jinx” of the NDC’s hold on the Mfantsiman West parliamentary seat and represented the constituents between 2004 and 2008.

The man popularly called Asabee said he also worked with a team to maintain the seat for the NPP in 2020, hereby increasing the party’s voting pattern.

“You see the work that I have put in, so I know how to beat the NDC, don’t forget I worked for them, so I know them very well”, said the former Local Government Rural Development and Environment, Tourism and Information Minister.

He explained that the history of government changing hands after every eight years has the tendency of birthing evil in the minds of some unscrupulous politicians, who may want to amass wealth in the last term of their political party in power.

“The danger is that then political parties begin to think that, after governing for eight years, I will end my term. So you are not there. If we are not careful and they don’t have good heart, they will begin to amass [wealth] for themselves.”

“If there is predictability about the way we vote, then it becomes, scratch my back, I scratch your back, and that is dangerous”, he emphasised.

Asabee detailed that the NPP has the opportunity to end the norm and prove to Ghanaians that government is not just about changing power but development.

He asserted the NPP has proven to be better than the NDC in governance, managing the country’s economy, implementing social interventions, development, among others.

Mr Asamoah Boateng said the elephant fraternity must continue to communicate its success and reasons why they need to be maintained in power and establish good relations with the citizenry.

“Number two is to understand that research; data management is key. You need to know who will do what here, which region needs what? How do they move the economy? How do you redistribute to achieve what you want? And that is intelligence”.

He added that it was for this reason that the National Identification Authority was established to help in gathering data and identifying the needs of the citizenry.

“The last but not the least is organisation, that is the key to breaking the 8”, he stressed.

Mr Asamoah Boateng called for a strong collaboration between government, party, and the youth to consolidate its gains to emerge triumphant in 2024.

“If we can be able to get that matching of the party and the government and our youth who are behind us to mobilise because when you go to elections, you need your gates to be solid if your gate is solid, then you will go out to convince the floating voter.”

“But if your gate is not solid, you are losing some votes here, and you are getting some there; it’s like minus and pluses”, he said.