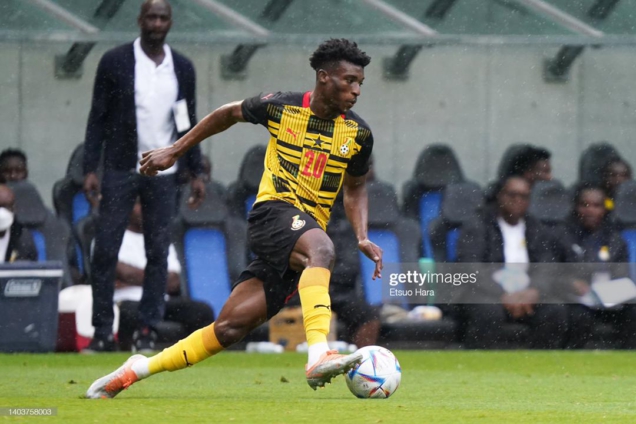 Ghana midfielder, Mohammed Kudus, has explained that he holds on to the ball a bit longer because he wants to create opportunities for the team.

Some Ghanaians have criticized the Ajax star for ball-hogging, in recent games he has featured in for the Black Stars.

However, the 22-year-old has talked down the criticism, indicating his skill set involves doing more with the ball at his feet to open up spaces for other teammates.

“I feel my skills involve taking risks in the game and trying to create stuff on the field of play so that’s how it seems like I’m holding on to the ball,” Kudus said in an interview with 3Sports.

Mohammed Kudus, who has 10 goals from 18 games in all competitions this season, will be integral for the Black Stars at the 2022 Qatar FIFA World Cup if they are to progress from a difficult Group H that has Uruguay, Portugal, and South Korea.

He disclosed his personal goals are aligned with the team’s heading into the Mundial set to kick off on November 20 in Qatar.

“Like I said before, the main goal is to help the team get out of the group. The further we go, the more they see the individuals.”

DISCLAIMER: The Views, Comments, Opinions, Contributions and Statements made by Readers and Contributors on this platform do not necessarily represent the views or policy of Multimedia Group Limited.
Tags:
Black Stars
Mohammed Kudus