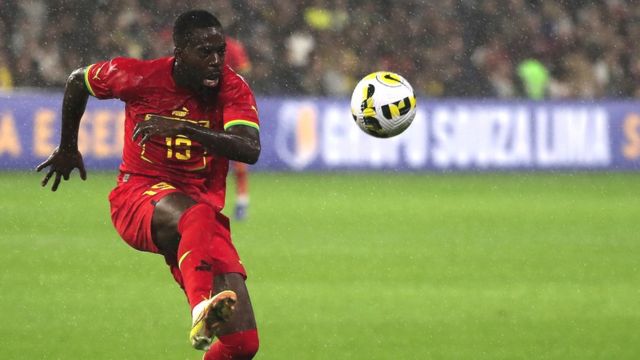 Following his Black Stars debut last week in the game against Brazil, Inaki Williams has set his sights on earning more caps and making the country successful.

The 28-year-old came off the bench in the 3-0 loss to the Selecao on Friday in Le Havre, France, to play his first game for Ghana after switching nationality.

Williams opted to play for the Black Stars after making just one appearance for Spain since 2016 despite playing for La Roja’s youth teams.

“It’s a very special feeling to play my first game with my new team-mates for my country,” Williams told BBC Sport Africa after the game against the five-time world champions.

“I was very happy to come in and make some contributions, I cannot thank the staff and squad enough for all the help.

“The hard work continues for the World Cup and hopefully I am going to enjoy the opportunity.” “I hope to play more matches and make the Black Stars successful.”

The Black Stars were non-existent in the opening half of the clash in France as Richarlison scored a brace to add to Marquinhos opener. But Ghana played quite better in the second half, which also saw the introduction of two other debutants aside Inaki – Tariq Lamptey and Mohammed Salisu.

“I think the second half saw a better performance from us,” he added. “It was not easy because it’s Brazil – a top football nation – but as Ghana we were stronger in the second half. I enjoyed myself on the pitch by helping my team.”

Prior to the game against Brazil, the new additions had an unforgettable night where they were taken through the tradition of the national team to initiate new players.

Quizzed on that, the Athletic Bilbao forward said, “I danced and sang on our initiation night.”

“It was fun and I am enjoying everything because the players have been very warm, supportive and kind to me.”

DISCLAIMER: The Views, Comments, Opinions, Contributions and Statements made by Readers and Contributors on this platform do not necessarily represent the views or policy of Multimedia Group Limited.
Tags:
Inaki Williams