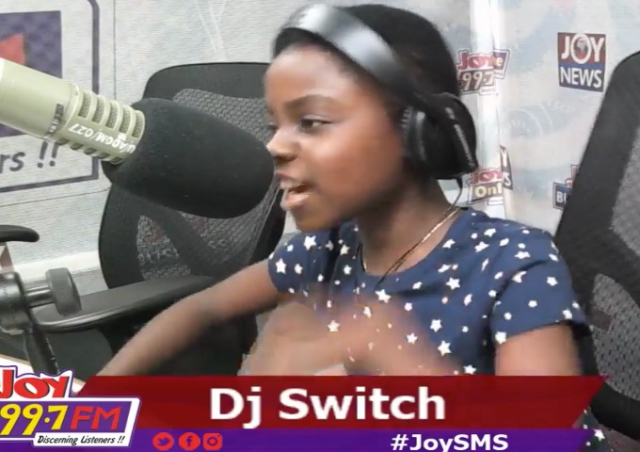 Young disc jockey Erica Tandoh known in showbiz as DJ Switch says it took her five days to learn the art of ‘DJing’.

The 10-year-old who won the kids talent reality show ‘Talented kids’ last year has over a short while won the hearts of many with her skill which she displays with a touch of style.

She told Doreen Andoh on the Cosmopolitan Mix that her initial plan was to audition as a poet, however “my mummy wanted me to be extraordinary, so she said then, try your hands on DJing. So it took me five days to learn DJing to audition”.

The young star disclosed that she did not get the chance to try her hands on an actual turntable immediately prior to her audition.

“In our hometown (Suamandadieso, Western Region) we went to a spot, we got a DJ, he helped me. But after we got to use the machine, we were using the windows laptop”, she disclosed.

The youngest award-winning DJ in the country was featured on the BBC recently, in which she was described as the next big thing in the industry.

Ms Tandoh is appealing to government to use her as an ambassador to reduce streetism.

“The president should fund the creative arts industry and use me as a bridge because we have so many street children who also have talents, so he should fund it so that we can bring out their talents”, she said.

Despite her early accomplishments, she wishes to become a gynaecologist in the near future.