I messed up in my first marriage – Kevin Hart admits 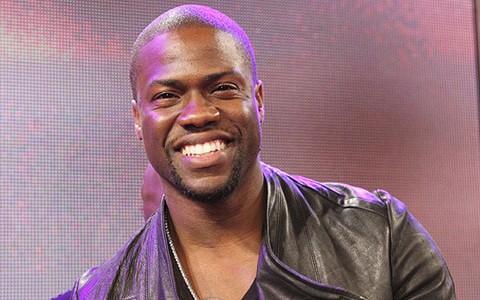 Kevin Hart knows he's made mistakes in the past, but he's man enough to admit it.

When the comedian stopped by the set of Chelsea Handler's Netflix show, Chelsea, the conversation turned to his new marriage to model Eniko Parrish, which Hart is confident will be better than his first.

"I was young on my first marriage, Chelsea," Hart explained. "I'm not ashamed to say it, guys. I got married at the age of 22. I was still all over the place. I didn't really understand the definition of marriage. I wasn't ready for it, so I take responsibility. I can say I messed my first marriage up. I'm man enough to say that."

Hart joked that while he accepts responsibility, he might have been under extra pressure.

"At the same time, that was when I was in the prime of my sexy, so don't blame me," he quipped. "That's when I was figuring it out."

But with age has come maturity for Hart, who assured the studio audience that he's since repaired his relationship with his ex.

"I will say that me and my ex-wife, regardless of the problems we went through, are in an amazing place now where we're friends, we're great parents, we're co-parents," Hart said.

Still, his past experience made him cautious before walking down the aisle again.

"To make this step is a big step. It took me some time," Hart admitted. "It took seven years. And then I was like, 'You know what? She deserves it because I can't keep just letting this walk around free. That's not fair to her. I got to lock this up.' I'm talking about my body. That's what I'm talking about," he joked.

After their beautiful wedding in Santa Barbara, California, in August, Hart and Parrish went on a fairytale honeymoon in St. Barts.