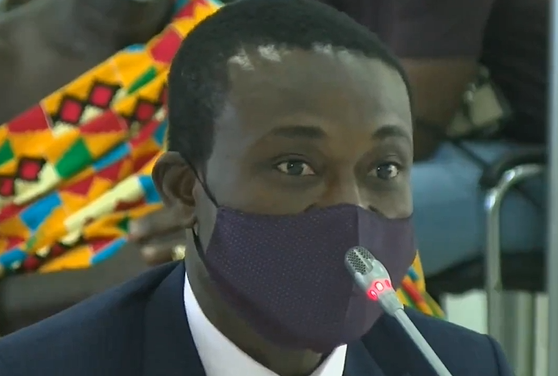 The nominee for the Office of the Special Prosecutor (OSP), Kissi Agyebeng, has argued that his age cannot define him as unfit for his nomination.

The 43-year-old legal practitioner stated that he is qualified to head the anti-graft office with his long-standing worth of experience in the legal terrain.

“I turned 43 years on 2nd July, a few weeks ago, I qualify to be the President of this republic, I am age mate with the President of the French Republic [Emmanuel Macron]. Indeed forgive me for saying this; I am a year older than the Minister for Justice and Attorney General.

“We were mate at the University of Ghana School of Law. He is the Minister for Justice and Attorney General; there is no question about his age; why then throw issues about my age in terms of experience.

“As I stated earlier, I was called to the bar some 18 years ago; I qualify to sit in the Supreme Court of Ghana. Indeed I am three years past the qualification for the Supreme Court. Moreover, I have taught criminal law at the University of Ghana for 15 years continuously.

His comment comes as a response to a question by the Member of Parliament for Builsa North, James Agalaga, on his age and concerns over his capabilities to fight corruption during his vetting on Thursday.

Whiles some scholars deemed it fit, others believed he was too young to occupy such office to fight against corruption.

According to the former Tamale Central MP, Inusah Fuseini, before drafting the law that governs the Office of the Special Prosecutor, a team of MPs visited countries that had such an institution in place.

He said all those that occupied the office were advanced in age and had a certain pedigree, something Kissi Agyabeng lacked.

He further intimated that he has had a front role in landmark prosecution in the country.

Touting his contribution in ridding the country of corruption, he stated that, “Honourable Chair when Tiger Eye PI and Anas Aremeyaw Anas come up with their investigative pieces, I am the one who supervises the collation of evidence and all that for presentation to the Attorney General, and I have been doing this quite a while. So without me, the Attorney General’s office will be poorer in terms of those prosecutions.