I refuse to breastfeed, now stop judging me - MyJoyOnline.com

I refuse to breastfeed, now stop judging me 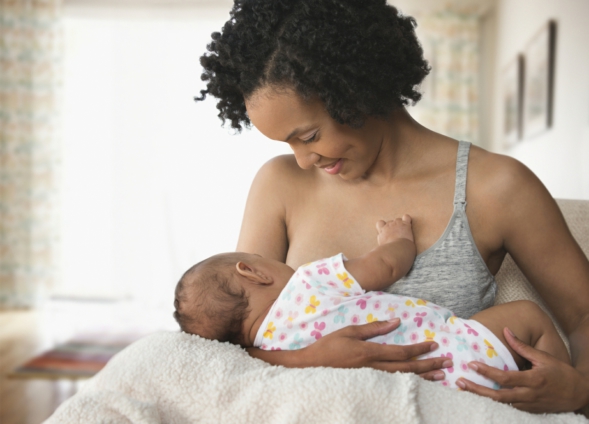 “So, how is breastfeeding?” the hospital pediatrician asked. It was October of 2009 and just hours since I gave birth to my daughter Julia.

I was elated, yet overwhelmed.

Although I should have been prepared for this inevitable question, I really wasn’t. I had already made up my mind. Even so, it was a hard one. With a sigh, I told her that I hadn’t started. She wasn’t happy.

I politely explained that I would soon be starting medication to deal with my depression and had elected not to breastfeed at all. The doctor wasn’t buying my excuse and said I should still breastfeed anyway. She asked what drug I would be taking and promised to get back to me. I let it go.

I didn’t want to ruin this moment. I had my baby in my arms and was content. She didn’t know my story.

On September 8, 2008, just a year earlier, my husband and I welcomed our first child into the world.

Liam Jude was born with a severe congenital heart defect. My first days as a mom were spent in the NICU. I pumped breast milk for Liam every day; both in the hospital and at home. It was the only way I was able to mother him and I loved it.

A week later, I fed him for the very first time. It was an emotional experience. Liam, being the little warrior that he was, took it like a champ. I was elated. He was doing so well that the doctors anticipated he would be home in a few days. I was thrilled, but also terrified.

That night, after returning home for just an hour, we got the call.

Liam wasn’t doing well and we were to go back to the hospital immediately. He died before we even got there. I remember walking in and a doctor handing me a lifeless baby. I couldn’t believe what was happening. I don’t remember much after that.

The next few weeks and months were hell. To say Brian and I weren’t “taking it well” was an understatement.

We spent almost every day at the cemetery. I left my job. I could barely function. I was severely depressed and very anxious. I began seeing a grief counselor who urged me to try again for another child. We did, and I became pregnant in February of 2009.

Although I should have been overjoyed, I wasn’t. I suffered from panic attacks and severe depression.

I rarely left the house. I had painful migraines and constantly heard a loud ringing in my ears. I was convinced that I was dying myself. I wondered if I was being punished.

Shortly thereafter, I was diagnosed with post-traumatic stress disorder.

The doctor and I agreed that I needed to start medication right away after the birth of my daughter. I did my research. They said breastfeeding was “probably” OK. Either way, I wasn’t sure if I would be able to handle the additional stress.

The goal was to get me well enough to handle the challenges of motherhood.

Most of all, I wanted to be a good and loving mom to my little girl. That was most important. I couldn’t let my past affect her present. It wasn’t her fault that her big brother had died.

When I took Julia home, I hoped and prayed I would be able to care for her.

I began a formula feeding regimen. It just worked for us. I tried very hard to not let the judgment of the pediatrician bother me. However, almost immediately, I began to feel self-conscious.

A couple of days after Julia’s birth, a friend called to congratulate me. The topic of breastfeeding came up within seconds. She wanted to help me through the process. I told her that while I appreciated the offer, I wasn’t planning on breastfeeding.

There was a bit of awkward silence. She sounded genuinely confused and shocked by my answer and didn’t have much to say after that.

I then questioned her main reason for calling. I guess I was silly to think that she would be most interested in seeing how I was doing after such a traumatic year.

I know I shouldn’t have cared, but I did. I traveled with “ready-to-feed” formula bottles for convenience. I would cringe every time I opened one and would hope nobody would notice or say anything negative. I got some stares.

However, there was a turning point.

Around the time Julia was six months, I attended a “mommy and me” get-together at a friend’s home.

There were about 15 of us moms there. When the topic of breastfeeding came up, the hostess said that she just never had any interest in breastfeeding. She didn’t even attempt. It was that simple.

I breathed a sigh of relief. I wanted to jump up and hug her. Why should we have to apologize? I began to relax a bit.

I looked at my beautiful little girl. My daughter was happy and well cared for. That was all that mattered. I was happy too. We were going to be just fine.

While I don’t consider myself “pro-breastfeeding” or even “pro- formula feeding,” I do like to think of myself as “pro- mom.”

Motherhood is hard enough and we should be able to support one another’s choices. Being that it is such a difficult journey, energy would be better spent on building each other up, not tearing one another down.

Breastfeeding is an absolutely beautiful and wonderful process, and I have nothing but admiration for those who have done it.

I also adore my formula-feeding friends. And that is the way it should be. After all, we are all in this together.