I regret shooting a gun at a polling station – Hawa Koomson 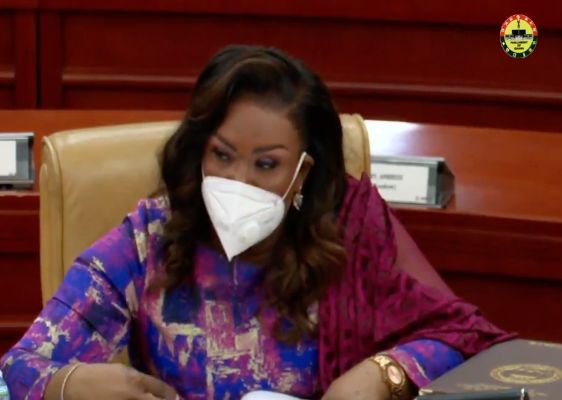 The Fisheries Minister-designate, Mavis Hawa Koomson has apologised for firing shots at a polling centre during the 2020 voters registration exercise.

The former Special Development Initiative Minister expressed remorse for the act, explaining that it was in self-defence when she felt her life was in danger.

“I want to seize the opportunity to apologise to the people who were scared that day,” she said Thursday during her vetting by Parliament’s Appointment Committee.

On Monday, July 20, 2020, during the voters’ registration exercise, the MP fired a gun at a polling station during a scuffle between herself and her NDC opponent, Phyllis Naa Koryoo Okunor.

Subsequently in an interview with Adom FM, the Awutu Senya East MP admitted to firing the shots with claims that the move was to protect her life.

However, during her vetting Thursday, she described the incident as “unfortunate” and further stated that “I wish it never happened.”

According to her, if ever she finds herself in a situation like that, she will never resort to that mode of defense.

“I don’t also pray that it ever happens again in the history of our politics in Ghana,” she said.

Hawa Koomson is the current MP for the Awutu Senya Constituency. She served as the Special Development Initiatives Minister during the first term of President Akufo-Addo.

She will succeed Elizabeth Afoley Quaye as the Fisheries and Aquaculture Minister if she passes her vetting and is approved by the Appointments Committee.