I sing for the ladies now – Mugees reveals 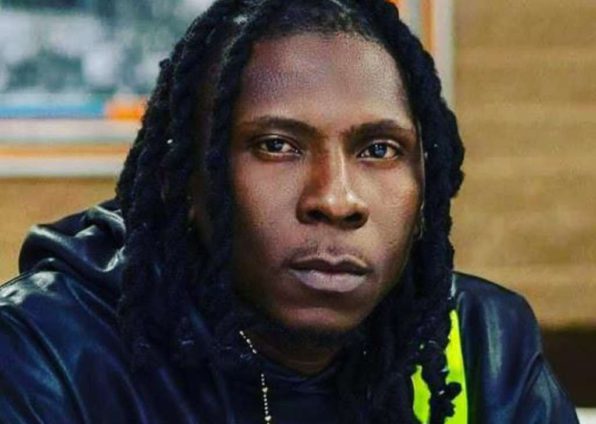 A member of music duo R2bees, Mugeez, has revealed why he switched from rapping to singing.

After R2bees released their maiden single ‘Yawa Girl’ in which Mugeez was introduced to the music industry as a rapper, things have taken a huge turn.

The rapper has since geared towards singing and it seems to have done the trick for him.

The singer claims he decided to start singing because the ladies loved it.

“I do this thing for the girls and for Ghana as a whole,” he said

In an interview with Andy Dosty on Daybreak Hitz, Mugeez revealed that he decided to switch to singing because people identify with lyrics when they are put into melodies.

“I think when you put words into melodies people gravitate to it more than rapping. That is why I changed from rapping to singing.”

The group has ever since churned out hits upon hits with Mugeez playing a pivotal role with his hooks and catchy verses.

In 2013 R2bees won group of the year at the Vodafone Ghana Music awards where Mugeez got nominations for Song Writer of the Year and Male Vocal Performance.

Rashid Abdul Mugeez, known under his stage name Mugeez, is a Ghanaian singer and songwriter. Born in Bimbila he became known through the influential Afrobeats/Hiplife duo R2Bees, which he formed with his cousin Faisal Hakeem in 2007.

DISCLAIMER: The Views, Comments, Opinions, Contributions and Statements made by Readers and Contributors on this platform do not necessarily represent the views or policy of Multimedia Group Limited.
Tags:
Daybreak Hitz
Mugeez