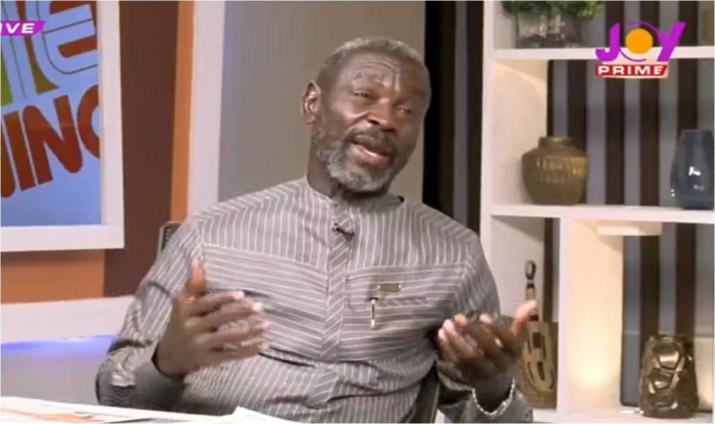 The founder of the defunct UT Bank has disclosed the reason behind the selling of his mansion.

Capt. (rtd) Prince Kofi Amoabeng said he did that to prevent himself from getting broke.

Speaking in an interview with TV3 on Tuesday, October 4, he said he currently has just one watch and a pair of shoes.

However, Mr Amoabeng said he is comfortable with his current state.

“I have one watch and one shoe. So I don’t need much money. I don’t have to have a lot of money to enjoy life. I’m very comfortable.

“I live in an apartment. I sold my mansion to reorganise myself and for me not to go broke.

Meanwhile, Capt. (rtd) Prince Kofi Amoabeng has also said a philanthropist and businessman, Seidu Agongo, offered to extend his benevolence to him when he appeared in images wearing an unusually scruffy beard.

According to him, while other Ghanaians used those pictures to mock and laugh at him, Alhaji Agongo, contacted him on the quiet to ask if he could be of help in any financial difficulty that he might have found himself in.

He said this led to him forming a pleasant image of Mr Agongo’s personality, although he had not met him before.

“Actually, the reason why I could not say no to your invitation was because of Seidu Agongo’s personality,” he said.

“I have never set eyes on him but at some point in time, after the COVID-19 pandemic hit, I started wearing this beard and I took a picture of myself and posted it on social media.

“That set tongues wagging that ‘I was on the verge of death’, ‘I’ am now a pauper,’ among other negative comments.

“But the boss of this place [CMG], Seidu Agongo, sent me a WhatsApp message that if I am in difficulty, I should send him my account number for him to give me some money.”

“Of course, I did not pursue it but I am ever so grateful that, at least, one Ghanaian thought that instead of laughing at him, let me help,” he added.

DISCLAIMER: The Views, Comments, Opinions, Contributions and Statements made by Readers and Contributors on this platform do not necessarily represent the views or policy of Multimedia Group Limited.
Tags:
Banking Sector Clean-up
Kofi Amoabeng
UT Bank