‘I started having affairs with boys at age 9, but in 2018 when I met Christ, I changed’ – Supposed reformed homosexual 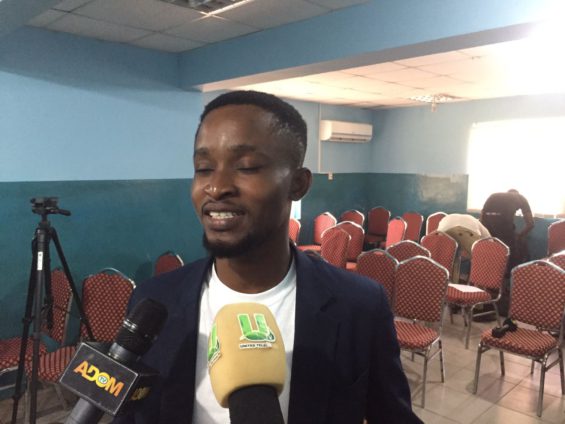 After claiming to have had affairs with males for two decades, Aaron Adjetey Akron has disavowed the Lesbian, Gay, Bisexual, Transgender and Queer (LGBTQ+) community, describing their practices as “unnatural”.

At a press briefing on Friday, Mr Adjetey Akron, now a pastor, argued that being attracted to the same sex is an abnormal choice and not genetic, as many LGBTQ+ movements claim.

According to him, “No one was born gay it is just a feeling,” thus, “It is possible [for gays and lesbians] to come out.”

On October 6, some top officials of the Church of Pentecost marched to Parliament to present a memorandum supporting the passage of the Anti-LGBTQ+ Bill.

Officially known as the Proper Human Sexual and Ghanaian Family Bill, 2021, the drafted legislation prohibits the activities and advocacy of LGBTQ+.

Opposers, however, argue that when the bill is passed into law, it will be in violation of the fundamental human rights of individuals who identify with the group.

But, the supposed reformed gay insisted that legalising what he described as “ungodly” will be signing the country’s death warrant.

Sharing his experience, Mr Adjetey Akron said he almost married his partner until “he met Christ” and turned over a new leaf.

“At the age of 9, I started having affairs with boys, and in 2018 when I met Christ, I changed. Naturally, you may say that is how you feel, but it is unnatural,” he said.

DISCLAIMER: The Views, Comments, Opinions, Contributions and Statements made by Readers and Contributors on this platform do not necessarily represent the views or policy of Multimedia Group Limited.
Tags:
Advocates for Christ Ghana
Anti LGBTQI+Bill
LGBTQ+