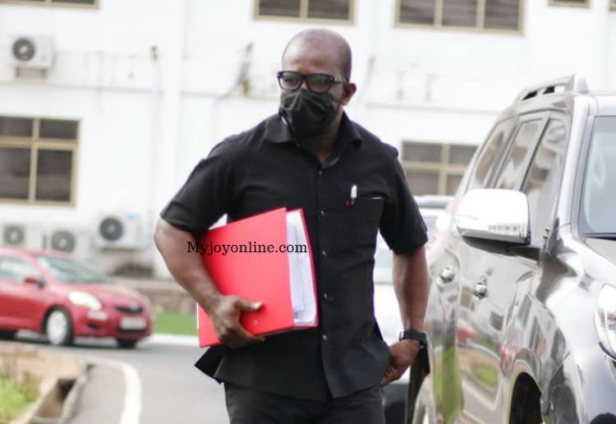 The second witness for John Mahama in the 2020 Election Petition has revealed that he is still shocked by events in the Electoral Commission (EC)’s strong room before the declaration of the presidential results on December 9, 2020.

Dr Michael Kpessah-Whyte said the actions of the EC clearly indicated that there was a deliberate attempt to undermine the sovereign will of the citizenry in the bid to rig the election result in favour of a political party.

“I feel very traumatised by the experience of the strong room and the EC in the sense that for the first time in my life, I [saw] a blatant, dishonest deception and disregard for common sense displayed by the Electoral Commission.”

In an interview on Prime Morning on Wednesday, he said Jean Mensa, the EC Chair, tricked them into leaving the strong room to confer with Mr Mahama on some election-related issues only for her to declare the results in their absence.

“So for the EC to announce a result that invariably had to be changed several times, clearly indicates that there was a deliberate, systematic decision to undermine the sovereign will of the people and steal their mandate and give it to somebody else,” he retorted.

The Senior Research Fellow at the Institute of African Studies claimed that the EC’s acts were suspicious as it ignored all the concerns raised by himself and Robert Mettle-Nunoo about the results they received from the Greater Accra and Bono East regions.

“Those issues were not resolved, and as we realized that the EC didn’t seem to be giving any due attention to the concerns we were raising, my colleague [Rojo Mettle-Nunoo] and I agreed that we should go have a conversation with the EC chair who had for all this while been very absent from the place where this was taking place,” he recounted.

Out of the five witnesses the petitioner intended to call, he called only three; General Secretary of the National Democratic Congress (NDC), Johnson Asiedu Nketia, Dr Michael Kpessa Whyte and Robert Joseph Mettle-Nunoo.

The second and third witnesses, the NDC representatives at the strong room, were to testify about irregularities observed during the collation process.

Dr Kpessa-Whyte told Benjamin Akakpo on Wednesday, October 27, that he was not asked the relevant questions when he mounted the witness box.

“If it were done in the manner in which the 2012 election petition was done, I would have been able to provide greater clarity to Ghanaians on some of the things that occurred,” he indicated.

DISCLAIMER: The Views, Comments, Opinions, Contributions and Statements made by Readers and Contributors on this platform do not necessarily represent the views or policy of Multimedia Group Limited.
Tags:
Dr Michael Kpessa-Whyte
Election 2020
Election Petition
Electoral Commission