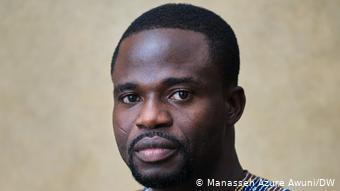 Ace Investigative Journalist, Manasseh Azure Awuni says he is no longer a member of the Ghana Journalists Association (GJA).

Speaking on JoyNews’ Ghana Connect Friday, the award-winning journalist stated that he ceased being a member of the Association due to failure of GJA President, Affail Monney to fight for the interests of its members.

“I was a member when the GJA stood for the interests of journalists, but since it started working actively against our interests, I felt it wasn’t an Association that I’ll be proud to be a member of,” he said.

Mr Azure Awuni said over the years, the GJA President has failed to fight for journalist as required. He cited various instances to support his claim. He said for instance that, Mr Monney criticised him for uncovering a fraudulent deal that was going to be awarded to the JOSPONG Group of companies.

“It is on record that GJA is not working in our interest. In 2017, I did an investigation that led to the cancellation of a $74 million fraudulent contract to supply waste bins awarded to the JOSPONG Group. Affail Monney issued a press statement condemning me that I should not attack profitable local businesses. He didn’t state any single journalistic ethic which I broke or breached,” he said.

Shortly after reports of the incident, the GJA President in an interview indicated that the act by the journalist was in breach of Article 13 of the GJA Code of Ethics.

Subsequently, he retracted and apologised for the comments after widespread backlash from pressure groups and members of the public.

Mr. Awuni expressed the hope that the leadership of GJA will be more sympathetic to the plights of journalists and seek their interests.

“I’m hoping that one day we shall get a leadership that will fight for the journalist,” he indicated.