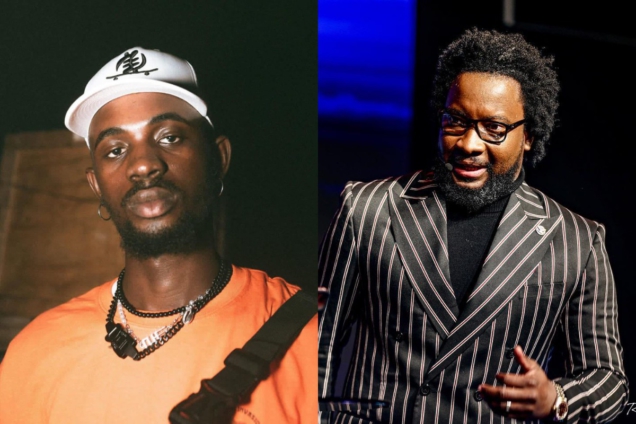 Gospel musician Sonnie Badu is pleased with the work rapper Black Sherif did on his debut album ‘The Villain I Never Was’.

Taking to his social media pages after the release of the album, Sonnie Badu stated that the 20-year-old’s craft and songwriting abilities are incredible and comparable to that of Reggae legend Bob Marley.

“I think this young man @blacksherif_ is BoB Marley incarnate living in Ghana. his new album solidifies the fact that – he will be one of the Giants of African music,” he added.

Sonnie Badu noted that Black Sherif’s talent can definitely win some Grammy awards for the country.

The Gospel artiste prayed for the young musician stating “may God protect you from jealousy, envy, and premature termination as you walk in your giftings.”

On Thursday, rapper Black Sherif released his much-anticipated debut album ‘The Villain I Never Was’.

Purposefully biographic, ‘The Villain I Never Was’ is about Black Sherif’s trials and tribulations.

“It took me everything to give life to this body,” the 20-year-old artiste said. “The one thing in my life that I gave everything up for. There is life in this body, I hope it treats you good and speaks to you like I want it to,” he earlier wrote in a social media post.

The album has already garnered many positive reviews in the 24 hours after its release.

DISCLAIMER: The Views, Comments, Opinions, Contributions and Statements made by Readers and Contributors on this platform do not necessarily represent the views or policy of Multimedia Group Limited.
Tags:
Black Sherif
Black Sherif album
Sonnie Badu
The Villain I Never Was