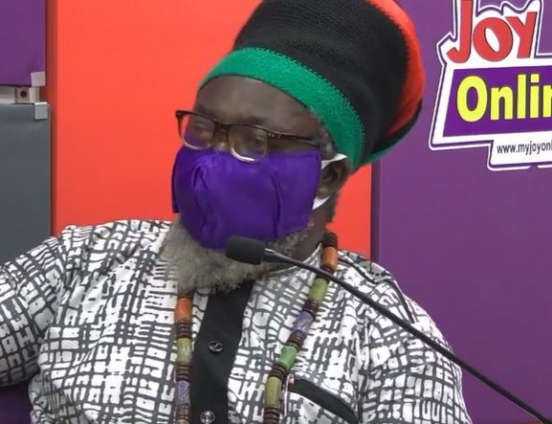 An aspirant for the Musicians Union of Ghana (MUSIGA) presidency, Ras Caleb Appiah-Levi has justified his decision to sue the musician’s union.

According to him, he wants the Union to stand firm hence the need to go to the court of law to seek redress for what he describes as an unconstitutional election held.

The seasoned Ghanaian reggae musician said he placed an injunction on the election held by Union because things were done wrongly per its constitution.

In an interview on Joy News’ Showbiz A to Z Saturday, he said the Union cannot be engaged because the MUSIGA constitution was not used to conduct election.

“In 2018, we said that instead of a congress, every card bearing member could vote, then we have the National and Regional elections on the same date so why are we having the national election before having regional election?” he quizzed.

“We were in Cape Coast in October, 2018 in a conference to review and validate the constitution. The constitution was reviewed but not validated,” he added.

He further explained that during former MUSIGA president Bice Osei Kuffuor’s tenure, his stepping down was wrong because elections were to be held that same month [August].

“The timing of Obuor’s resignation was wrong. He knew his time in office will expire in August 2019 but he never resigned.

“I went to court for the first time on July 9 and whiles the case was in court, then you come hiding behind so-called National Executive Council (NEC) say you have resigned,” he said.

Meanwhile, Ras Appiah-Levi has rejected an out of court settlement with the Union.

DISCLAIMER: The Views, Comments, Opinions, Contributions and Statements made by Readers and Contributors on this platform do not necessarily represent the views or policy of Multimedia Group Limited.
Tags:
MUSIGA
Ras-Appiah Levi