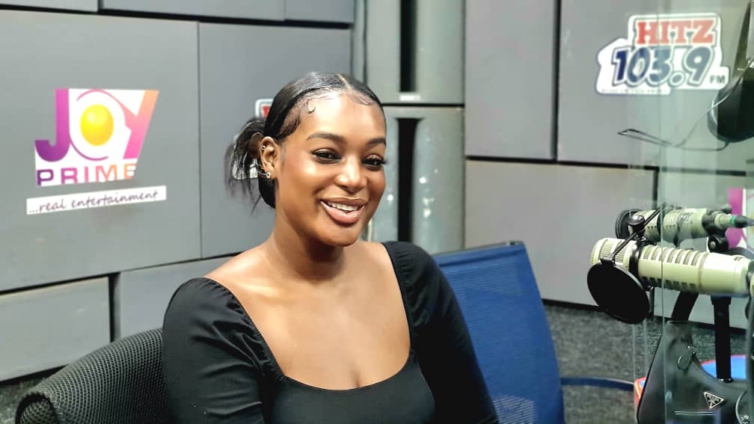 Musician Nana Fofie says she has been able to release a song she featured award-winning artiste Stonebwoy and others because she wants to put herself out there first.

Before her interview on Hitz FM, some fans had sent it messages to ask the Holland-based artiste why it has taken her so long to release a collaboration she did with the ‘Therapy’ hitmaker.

According to her, she was supposed to drop an EP but was not able to do so because she is not ready.

“The song is there, I was supposed to drop an EP back then but I decided not to drop the EP because I just felt like I wasn’t ready. I have a lot of songs with Ghanaian artists but they are just not out there, I’m just not ready” she told Doreen Avio on Daybreak Hitz on Hitz FM.

She stated that she wants to put herself out there in the industry before she can start releasing all songs with other artists.

She noted that she barely released music in the past few years and for her only features, she was not too ok adding that the video they shot also got old and she didn’t like the make-up and also wanted to reshoot the video hence she didn’t release the song at all.

“The video got old, you know how women are, back then I liked the makeup but now I don’t like the makeup and it takes time and money to shoot a new video, so it’s just time, basically but hopefully beginning next year I will release it,” she explained

She revealed that she has collaborations with several artists which are not out yet but hoping to get all release next year.

Her talent caught the eye of American superstar Nicki Minaj and Nicki seems to be a big fan of the young musician.

Nana Fofie was one of the opening acts on Nicki Minaj’s tour stop in Holland in March 2019.