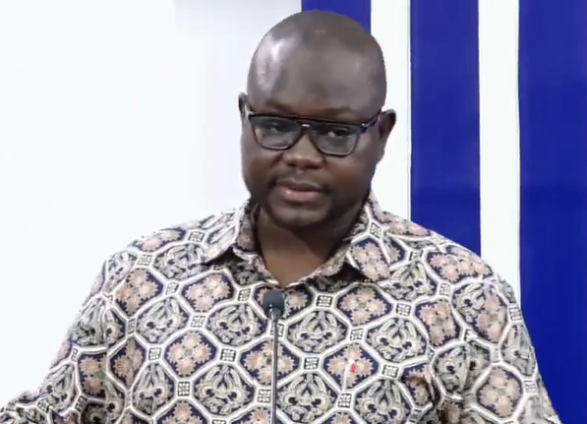 Works and Housing Minister Francis Asenso-Boakye is disappointed that the Keta Sea defence project did not find expression in the 2022 budget presented by Finance Minister Ken Ofori-Atta on November 17, 2021.

“The Ministry is taking important steps to implement phase 2 of the project. The Hydrological Service Department has completed an evaluation of technical and financial proposals for the second phase, and my Ministry is engaging the Ministry of Finance to raise the needed funds for its implementation”.

This comes on the back of an urgent question filed by the Deputy Majority Leader, Alexander Afenyo-Markin, asking the Minister to provide updates on the second phase of the Blekuso Sea Defense project.

Efutu MP, in his supplementary question to the Minister on the floor of Parliament on Wednesday, November 24, quizzed the Minister on why the project was not captured in the 2022 budget.

“Mr Speaker, I went through the budget for 2022 as presented by the Finance Minister and didn’t see anything about phase 2. From the Minister’s answer, is it his case that as a result of the preliminary works not having been completed could perhaps be the reason for not budgeting for same in 2022?” he quizzed.

He further added that “because the Minister said they are doing some preliminary works and so he is unable to determine even the cost. I would want to find out from the Minister whether the inability to complete the costing is the reason why the project hasn’t found space in the 2022 budget?”

But the Works and Housing minister in response, indicated that he was hoping the project would be captured in the budget because of a series of engagements he’s had with the Finance Ministry.

Some of the MPs from the Volta Caucus, including the Ketu South MP, Abla Dzifa Gomashie unhappy with the response of the Minister, subjected him to further questioning. They asked him to provide answers for the reason provided for the Finance Ministry’s’ inability to capture the project in the 2022 budget.

But Mr. Asenso Baokye observed that Finance Minister Ken Ofori-Atta did not indicate to him [Francis Asenso Boakye] why the project was not captured in the budget.

DISCLAIMER: The Views, Comments, Opinions, Contributions and Statements made by Readers and Contributors on this platform do not necessarily represent the views or policy of Multimedia Group Limited.
Tags:
2022 budget
Finance Minister
Francis Asenso-Boakye
Keta
Sea Defence Wall