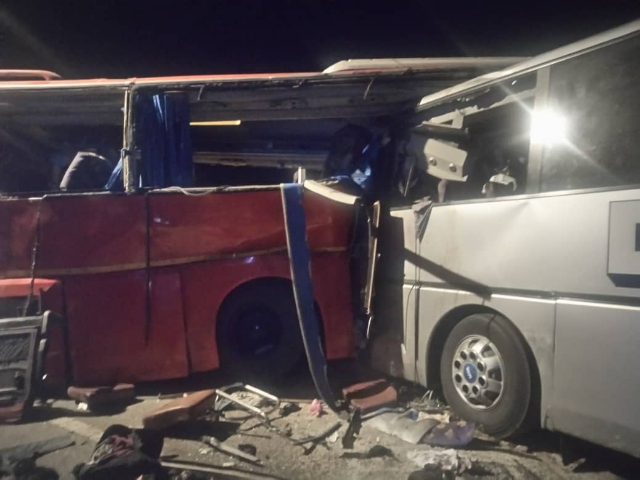 The driver of the Yutong bus which collided with a Hyundai bus head-on, on the Cape Coast-Takoradi highway, says he was not overtaking as earlier believed.

However, the unnamed Yutong bus driver, who is receiving treatment at the Cape Coast Teaching Hospital, said the police report is inaccurate.

In his version of how the accident occurred; he was using the second gear in driving.

But there was an articulated truck that appeared broken down in the middle of the road. And so he wanted to veer off and in the process of doing so, collided head-on with the Hyundai bus

Thirty-four people died with many others injured in the accident the crash which happened at 12:15 am Tuesday, at Dompose.

According to the police, 29 people died on the spot while five others died at the Cape Coast Teaching Hospital.

Speaking to Joy News’ reporter, Kwadwo Nyarko, the police have suggested that they are going to subject all of these narratives into their discussions as part of investigations.