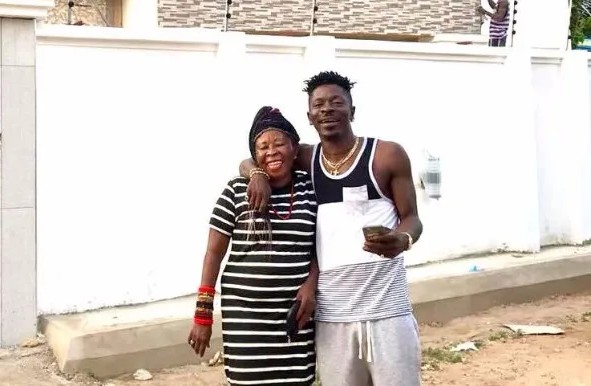 Dancehall musician Shatta Wale says he will not oppose a marriage between his mother, Madam Elsie Avemegah, and veteran actor Kofi Adjorlolo.

Speaking on Daybreak Hitz on Hitz FM, he said Kofi Adjorlolo is a prominent man who has made a name for himself in the entertainment industry, thus the actor’s decision to join his family is welcome.

“Kofi Adjorlolo is a nice man. He has also paid his dues in terms of whatever he is doing with his career; so, he is a great man. If he wants to marry my mum it is a good thing for my family.

“It means God wants to make it a family of famous people. My mother is famous on radio and Kofi Adjorlolo is Ghana’s Denzel Washington,” he told Andy Dosty on Thursday, July 14.

Shatta Wale added that the two are adults and the actor has every right to date his mum if he wants because she is single.

This comes weeks after rumours went viral that Shatta Wale’s mother and the actor are planning to tie the knot.

A Hot FM Ghana report, that exclusively broke the news, noted that the rumoured couple will soon announce the date for the ceremony.

Shatta Wale said he does not know how true the reports are and has no plan to interfere in their affairs.

He explained that “I have seen the reports online. I am close to my dad, not my mum. I have not checked [from her].”

However, he will gladly give the two his blessing if need be.

Kofi Adjorlolo, 66 – whose late wife died years ago – is the father of two children while Shatta Mama, in her 60s – formerly married to Shatta Wale’s father, Shatta Capo – is mother to three children including the singer.