I will fill O2 Arena hands down – Shatta Wale 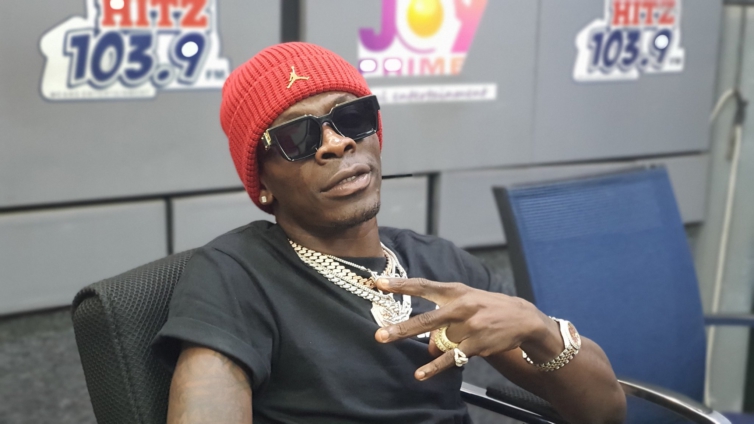 Dancehall Artiste, Charles Nii Armah Mensah popularly known as Shatta Wale has disagreed with claims that no Ghanaian artiste can fill up the O2 Arena for a live performance.

The CEO of Akwaaba UK Group, Dennis Tawiah on Thursday during in an interview on Personality Profile on Joy FM contended that no Ghanaian artiste can sell out the O2 Arena’s 20,000 space.

Dennis Tawiah when questioned on the matter, kept it simple, “at present, No!”

“Which Ghanaian artiste, on record, as we speak, has even sold a 5,000 capacity venue in the UK?” he wondered.

However, Shatta Wale believes he can achieve this milestone. According to him, such a feat cannot be achieved by a one-man promotion of a show which he says is “because they (Dennis Tawiah) does one-man show.”

He explained that all artistes who have achieved such a feat does it through collaborations and with teamwork and not individual promotion.

“It is teamwork…It is a company that is working so if Dennis, Alodia and all those people cannot get themselves attach to those companies to work then this is the words that will come out of his mouth because me, Shatta Wale I believe if I get a Live Nation behind me I can sell O2 [hands down],” he told George Quaye on Showbiz A to Z.

He noted that such words brings down the Ghanaian music industry.

The Dancehall Artiste stressed that Black Sherif could even fill up O2 Arena.

DISCLAIMER: The Views, Comments, Opinions, Contributions and Statements made by Readers and Contributors on this platform do not necessarily represent the views or policy of Multimedia Group Limited.
Tags:
Dennis Tawiah
O2 Arena
Shatta Wale