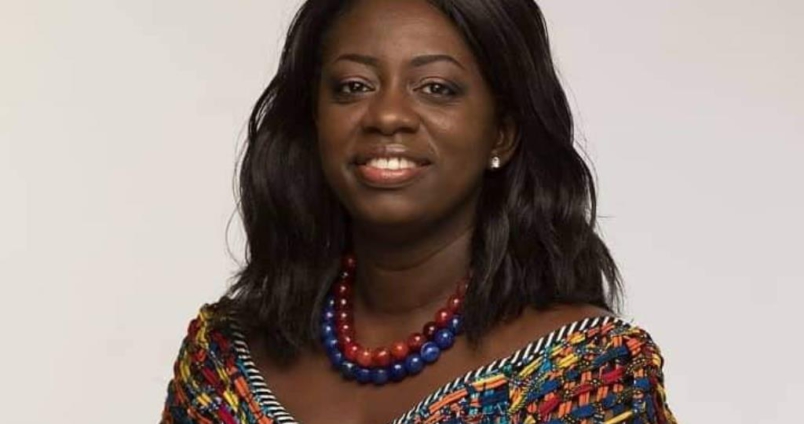 In a Facebook post on Thursday, she stated that she will not descend into the gutters with Sam George.

“Sam Dzata George please respect yourself! We choose when to contribute on an issue and when not to! Do not attribute it to weakness, agreement or otherwise. I will NEVER stoop down to your uncouth ways of addressing people who disagree with you, its unbecoming of an Honorable member!”, she noted.

Ms. Bartels added, “I believe in the lead of His Excellency the President, when he insists that the urgent problems of Ghana are those of development of the economy and improving the quality of lives, and not in your LGBTQI agenda. My thoughts and support for this position remains the same”.

In her conclusion, she said “Remember, insults are for those who have nothing of value to give. Again I say, RESPECT YOURSELF!”.

On Tuesday, July 5, the Ablekuma North MP, Sheila Bartels alleged that, the sponsors of the anti-LGBTQ are deliberately using subtle means to make the practice popular in Ghana.

She made this allegation during an interview with Nana Aba Anamoah on Accra-based Starr FM.

According to her, by fronting the Bill, the sponsors are strategically increasing public awareness on LGBTQI activities, to make way for its eventual acceptance by Ghanaians.

Ms. Bartels further intimated that, Sam George and his colleague campaigners have also taken money to engage in a clever promotion of the practice, under the guise of advocating for a law to criminalise it.

Reacting to these assertions, the Ningo-Prampram MP, Sam George called on Sheila Bartels to provide evidence to buttress her claims.

According to Sam George, Sheila Bartels wants to deliberately court disaffection for the sponsors of the Bill.

Sam George also told Sheila Bartels that, “your silence on the floor of Parliament actually sounds more intelligent than these effusions of yours”.

He added that, “I take my work seriously and do not tolerate silly commentary from uninformed persons”.

This response is what consequently compelled Sheila Bartels to warn Sam George to respect himself.

Meanwhile, Sam George has issued what some have described as a harsh advice to his colleague lawmaker, Sheila Bartels, after she asked him to respect himself.

In a Facebook post on Friday, he admonished the Ablekuma North MP to learn how to speak on behalf of her constituents, instead of engaging him in an “unintelligent” way.

In what appeared to be an angry warning to Sheila Bartels, Sam George further urged the NPP legislator to ‘pay attention’ to how Parliamentary business is conducted, and desist from her ‘dense blabbering’.

“…Let it be known that your rantings and raving are so unintelligent they are embarrassing. The absence of any logic in your commentary leaves one asking if all is well with you? How can anyone with an iota of intelligence spew such blarney?

Quoting the Bible as a means to show intelligence or justification for your warped guff is akin to the devil quoting the Bible during his temptation of Jesus Christ in Matthew 4:6. My response to you is Matthew 4:7(Thou shalt not tempt the Lord thy God )”, Sam George added.

Amidst these exchanges, social media appears divided on the banter between the two Members of Parliament.

According to some, the allegations of compromise by Shiela Bartels are unfortunate and should not have been made in the first place. They have therefore conclusively accused her of bad conduct.

Others have also argued that, regardless of the ‘baselessness’ of Sheila Bartels’ allegations, Sammy George should exercise restraint in his dealings.