I worry about the kind of economy Mahama will inherit in 2025 – Haruna Iddrisu - MyJoyOnline.com 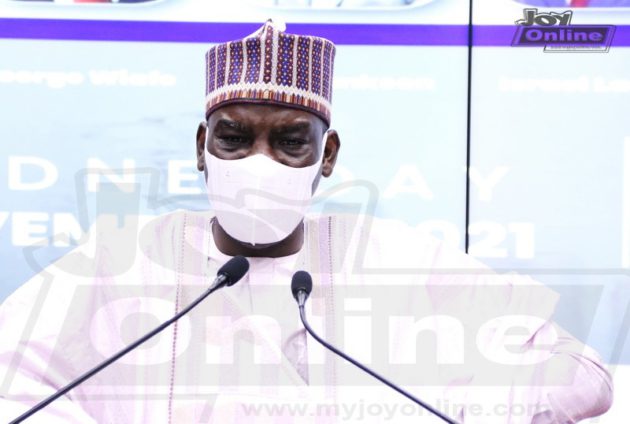 The Minority Leader, Haruna Iddrisu has wondered what the nature of the economy would be when President Akufo-Addo’s administration exits office in 2025.

The Tamale South MP, who believes former President John Mahama will succeed President Akufo-Addo, said the mismanagement of the economy will give the next NDC government extra work to clear the clogged system.

He said the Akufo-Addo administration has purposefully withheld certain important statistics to give the impression that the economy is thriving when it is not.

“One of the clever things that the Finance Minister has done is to accumulate arrears and fail to report it and paint a picture of a rosy economy but it will come to haunt us.

“In fact, I worry about the nature and character of the economy that John Dramani Mahama will inherit in 2025 because they [government] are not clear with the data,” he said on Wednesday.

Having a strong conviction that all the Ministries, Departments and Agencies (MDAs) have arrears that have not been accounted for, Mr Iddrisu said the phenomenon will create a looming problem for the country.

The Minority Leader’s statements come prior to the presentation of the 2022 budget and economic planning by the Finance Minister, Ken Ofori-Atta.

Already, the Finance Minister has hinted that the budget will be heavy on job creation and entrepreneurship.

According to Mr Ofori-Atta, government is committed to putting in place those measures that will help deal with the unemployment situation in the country as well as recent challenges with the employment of fresh graduates for the public sector.

But speaking on Joy FM’s Super Morning Show, Mr Iddrisu noted that Ghana is treading the path of economic crisis.

He questioned whether the Finance Minister would have the fortitude to admit that the country is on the verge of an economic crisis.