Ibrahim Sunday not surprised with West African dominance at AFCON 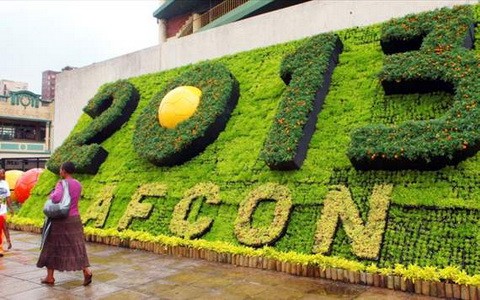 Former Black Stars great and African footballer of the year Ibrahim Sunday has told Joy Sports that the dominance of the West African sides at this year’s African Cup of Nations currently ongoing in South Africa was to be expected judging from the mechanisms put in place by these nations.

For Sunday, who featured on the Joy Sports AFCON Diaries simulcast on Radio and Television, the dominance was to be expected.

He traced this dominance from the late 80’s where some of these nations took to the path of unearthing players through academies and nurturing their talent.

He was full of praise for the various individuals who conceived this idea together with some French nationals to set academies in Ghana and Mali with these nations reaping the fruit of their labour.

“The idea of horning and developing football talent through academies came about as a result of an idea conceived by some expatriates from France in the late 80’s, specifically in 1987.West Africa have always produced abundant talent but they had to be horned. Thus it was essential that this idea was given a try and it’s obvious that some of these nations are benefiting tremendously from them.

Just look at how a war ravaged country like Mali have made it to the semi-final of the competition. Malian great Salif Keita was one of the brains behind these academies and has produced all these players who have been featuring for the side in the last decade.

I have to also add that comparatively to the other parts of the continent; the sub region is blessed with abundant talent which has led to players from the sub-region making it big on the global stage. We may not have the funds as compared to the other parts of the continent like Northern and Southern Africa but the passion demonstrated by the locals coupled with the training and technical direction they get makes nurturing of talent quite easy.”

He also added that the nations in the sub region also take the competition seriously as compared to their counterparts in the South and in the North.

For him, the sport has played a significant part in uniting the people on the continent in a way no other sport does and the demonstration of this passion will continually be to the benefit of football loving nations.

On the lighter side though, he attributed the successes of the West African teams through herbal medication though he was quick to admit that the advantages gained from the usage of herbal medication may be minimal.

All four semi-finalists at this year’s CAN namely Ghana, Burkina Faso, Mali and Nigeria are from the West African sub-region.