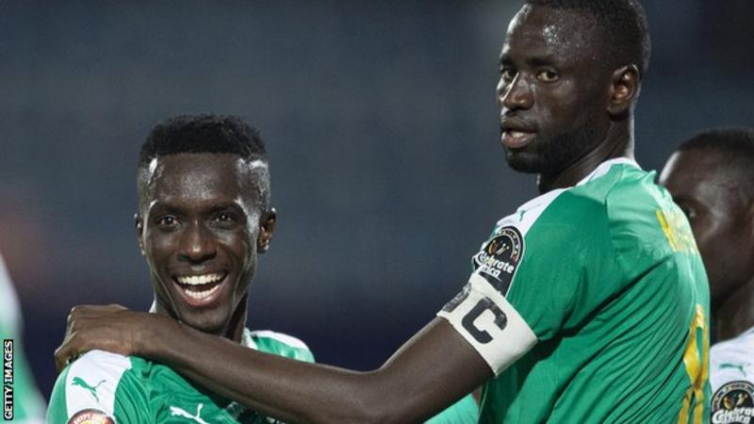 The 32-year-old former Aston Villa and Everton midfielder was absent from Saturday’s 4-0 win over Montpellier.

The French Football Federation (FFF) has reportedly written to Gueye to clarify why he was absent.

In response to Sarr’s post, Watford reiterated their commitment to equality and diversity, adding “this includes the willingness to offer further education and support to any of its employees”.

At a news conference on Wednesday, Crystal Palace boss Patrick Vieira said if his player had posted in relation to Gueye, he would speak to them. “It’s going to be an in-house conversation,” he added.

Homosexuality is illegal in Senegal and punishable by prison sentences of up to five years. It is also illegal in Qatar, where PSG’s owners hail from and where the men’s 2022 World Cup will be staged later this year.

The top Twitter trend in the world on Wednesday was #WeareallIdrissa with tweets sent to support Gueye’s stance.

Gueye’s stance is in contrast to the overwhelmingly positive response from football towards Blackpool’s 17-year-old forward Jake Daniels coming out as gay on Monday – the first openly gay men’s professional footballer in Britain since Justin Fashanu 30 years ago.

For the second successive season, clubs in France have been invited to mark 17 May’s International Day Against Homophobia, Biphobia and Transphobia by wearing rainbow-design numbers on the back of their shirts.

In addition to missing Saturday’s win over Montpellier, Gueye, who arrived at PSG for £30m in July 2019, missed last year’s show of solidarity citing gastroenteritis, according to Le Parisien newspaper, who first reported the reason for his absence.

The AFP news agency said on Wednesday it had seen a letter from the FFF’s ethics board calling on Gueye to explain why he missed Saturday’s game.

The letter, says AFP, calls for him to “issue a public apology” or to say that the rumours he refused to play are “unfounded”.

The letter reportedly adds if he did refuse to play he would be “validating discriminatory behaviour”.

PSG said on Wednesday that they were “very proud to wear this shirt”.

“The biggest stars of world football were on the field on Saturday and expressed the club’s commitment to the fight against homophobia and all forms of discrimination,” it added.

Gueye’s stance has been supported by prominent politicians in Senegal.

The country’s president Macky Sall wrote on Twitter that Gueye’s Muslim beliefs must be respected, while sport minister Matar Ba wrote that Gueye was backed by his country’s people, alongside a picture of the midfielder on pilgrimage to Mecca.

DISCLAIMER: The Views, Comments, Opinions, Contributions and Statements made by Readers and Contributors on this platform do not necessarily represent the views or policy of Multimedia Group Limited.
Tags:
IDAHOBIT
Idrissa Gueye
PSG