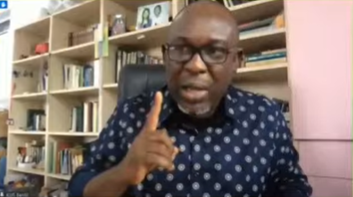 Senior Vice President of IMANI-Africa, Kofi Bentil, says the unfolding incidents following the revelations of the ad hoc Committee that probed the botched Sputnik-V vaccines is clear proof that there are separate laws for people depending on which social class they belong to.

According to him, the country has slipped into situations worse than what had occasioned the several coup d’états of yesteryears, such that the government is now refusing to deal with infractions of the law appropriately.

“What I want to say is that we have gone through history to come where we are and to establish the rule of law and constitutional governance. But we have, over the past Twenty-something years, slipped into situations worse than what we used to experience.

“Which is why I made the point that if we can’t deal with blatant open breaches of law, then we clearly are running a country where there are two sets of laws; there are ordinary people’s law, and there’s powerful people’s law. And there are people in jail today for doing far less,” he said.

Speaking on Newsfile, he explained that the continuous blatant breaches of the Public Procurement laws and other laws in the 1992 constitution by officeholders with impunity without suffering any sanctions are garnering public animosity towards the ruling government.

This, he says, if not checked, could culminate in a revolt, the likes of which the country saw before 1992.

He said, “Samson, you remember work we did on Occupy Flagstaff House, work we did establishing Occupy Ghana, work we did with the Auditor-General establishing the rules on surcharge and disallowance, going to court, still trying to tighten this thing.

“God has saved this country many times from all kinds of situations. Because some of the places that we get to, people don’t get there, and they end up in civil wars.”

He was quick to indicate that the calls for sanctions against the Health Minister are not per se to vilify him but rather to demonstrate that the country is run by the rule of law and everyone is equal before it.

“So I am not saying this is about one person; it is about whether we as a country want to have a country where everybody is subject to the law, and we’re going, to be honest about these things. And then also we’re going to have a situation where people think twice before they take those monies and use them anyhow,” he said.

DISCLAIMER: The Views, Comments, Opinions, Contributions and Statements made by Readers and Contributors on this platform do not necessarily represent the views or policy of Multimedia Group Limited.
Tags:
IMANI-Africa
Kofi Bentil
Kwaku Agyeman-Manu
Sputnik-V