If Shatta Wale was paid ¢2 million by Exim Bank, he deserves it – Bulldog 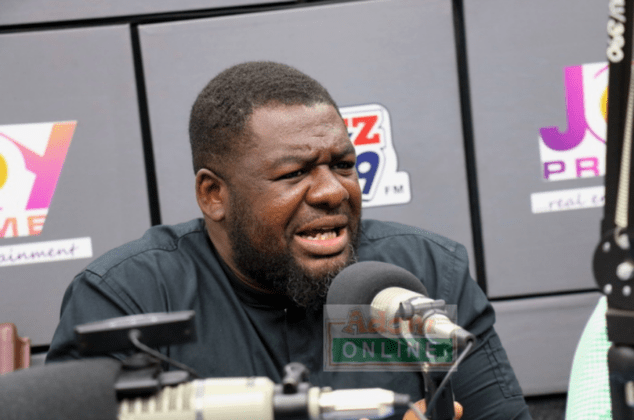 Speaking on Joy FM’s Ghana Connect, on Friday he explained that the artiste has worked hard to create the following and the name he has for himself.

Bulldog stated that these following is the starting point for Shatta Wale to pool in numbers for the company that has contracted him.

“It takes a lot of effort and work to travel this far to actually get a collaboration that huge with Beyonce too. Not to downplay any of the artistes that are in our space.”

“Based on the work that we have done this far, Shatta is an artiste that has the numbers and you cant take that away from him.”

Bulldog said he did not know the details of the contract and cannot confirm or deny if his artiste was paid that much money.

However, he believes that the work Shatta Wale will put in as a brand ambassador for the Bank will eventually raise more money for the Bank and essentially the country.

“A brand ambassador picked by Exim Bank is doing a service for the nation not for themselves.”

“Now Blackstars every player is paid to serve the country an artiste or entertainer should also get paid for their work. The result is for the whole Ghana.,” he added.

He stated that he does not understand why such colossal money will be handed to one person when the country is still grappling with the effects of Covid-19.

However, In a press statement issued by the Bank although they sought the services of Agya Koo and Shatta Wale for a Made in Ghana campaign, they have not dolled out such sum of money to them.

Through the campaign, Exim Bank believes the products of the entities or businesses that they are lending money to can be patronized for them to pay them back.

This, they added, will also energize the whole culture of buying and using Made-in-Ghana products in the country.

They stated that the allegation is “factually incorrect” and misleading.

Head of Corporate Affairs at Exim Bank, Richard Osei Anane told Evans Mensah on Newsnight Thursday that the campaign was not rolled out, but put on hold after the coronavirus pandemic hit the country.

“We even launched the program belatedly on August 30. Indeed we have signed a contract with the two artistes they have not even started their roles.”

Mr Anane, however, revealed that the contract signed require the bank to pay them 15% of their agreed money upfront and pay the rest throughout the year based on their delivery.

“This is a one year contract and we have not even started. I can’t disclose the amount because of the contractual agreement but I can tell you that we have passed through the procurement agreement to arrive at where we are.”

But, former Fiance Minister Seth Terkper believes the worth of Shatta ale or Agya Koo is not in question but activities of the Bank, financed by the taxpayers’ money, is.

In a message sent to Evans Mensah on the show, he stated that no one can hold information from Parliament in the use of public funds.

Meanwhile, Chairman of Parliament’s Public Accounts Committee James Klutse Avedzi says he will make a decision next week on whether to summon musician Shata Wale over the alleged payment of ¢2 million to him by Exim Bank.

“It is a public interest question. So we will take our time, look for the information the Member (Ras Mubarak) has and once we get that information we will invite the Exim Bank officials to appear again.

Mr Avedzi said that if evidence is found that Shatta Wale was indeed paid, he may be asked to refund some of the money if the work he did for the bank does not merit that sum of money.

DISCLAIMER: The Views, Comments, Opinions, Contributions and Statements made by Readers and Contributors on this platform do not necessarily represent the views or policy of Multimedia Group Limited.
Tags:
Bulldog
Exim Bank
Shatta Wale