If you live in flood-prone areas, leave and return after the rains recede – Meteorological Agency 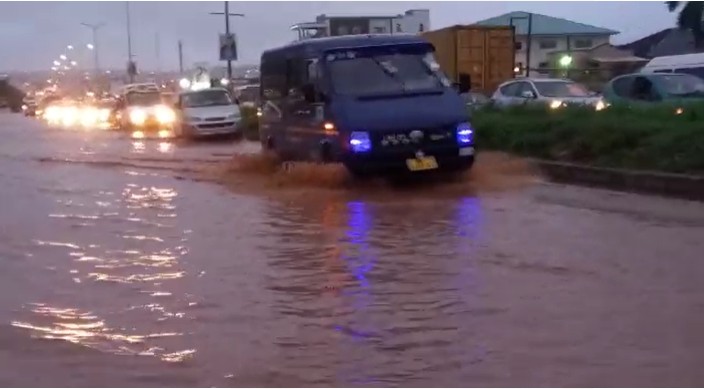 Four people have so far lost their lives in the Ashanti Region after torrential rains flooded parts of the Kumasi and it’s environs.

Properties running into thousands of Ghana Cedis have also been destroyed.

According to Head of Forecasting at the Ghana Meteorological Agency Joseph Tetteh Portuphy, such persons can return after sometime when the rains subside.

“Since we are in the peak of the raining season, what we want to say is that those of us who know where we live is flood prone areas, we’d ask that they move to higher grounds or get some higher grounds.

“They can move in with some relatives and stay with them until the rain subsides and they can come back to their homes.

“This is because once you’re living there and the rain comes, there will be flash floods and it can destroy your properties if not take your life in addition,” he stressed.

Two year old Mohammed Awal was carried away by floodwaters in Sawaba in the Ashanti Region on Tuesday 22nd June.

The rains also flooded the newly built ultramodern Kejetia market even as traders defied the rains and attempted to salvage their properties.

On Sunday 27th June, three people were found dead after the rains receded in the Ashanti Region.

Police and NADMO also picked up the dead body of a man believed to his thirties at Aboabo Pelelee in the Ashanti region.

In Accra, major parts of the nation’s capital were submerged after floodwaters from choked drains overflowed their borders and took over major roads blocking vehicular flow.

Teshie, Kasoa and parts of Haatso were among the worst affected areas. In Teshie, residents are counting their losses as they blame and an ongoing project in the area for the situation.

At Weija Barrier, roads were filled with mud sliding from the mountainous parts of the area causing some vehicles to get stuck, resulting in massive traffic.

Residents want urgent action after years of complaints and neglect.