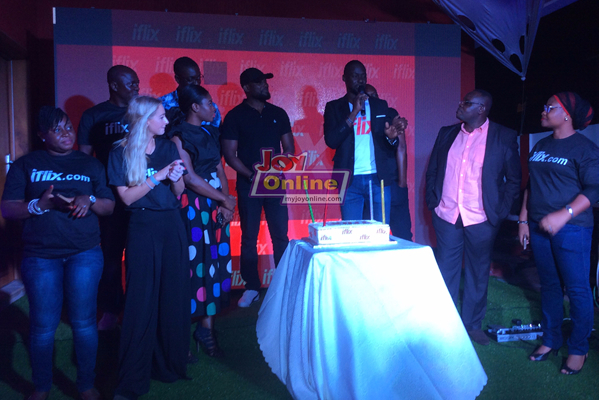 iflix, the world’s leading Subscription Video on Demand (SVoD) service for emerging markets, has launched its service in Ghana.

The site serves as a digital hosting and distribution platform for Western and Asian dramas obtained through partnerships with over 150 studios and content distributors globally, including Metro-Goldwyn-Mayer, Disney, Warner Bros, Paramount, NBC Universal, Fox, CBS, BBC, Sony Pictures and Discovery.

Abner Briandt, iflix Ghana Country Manager commented: “We are proud to announce that iflix is live in Ghana to offer Ghanaians world class entertainment on the go. What is the iflix advantage? – the most diversified SVOD content portfolio in Africa, a good mix of Hollywood, Ghallywood and Nollywood movies and TV shows plus a dedicated kids section, download and watch later feature, pause or rewind, watch on your phone, tablet, laptop, desktop or TV. The list goes on and on and you get all this at a very affordable price. So, people get ready, iflix is primed to revolutionise the way Ghanaians consume entertainment.”

With over 220 studio and distributor partnerships, iflix offers subscribers the largest selection of iconic, critically acclaimed TV series and fan-favourite films both internationally and locally available in the region.

“iflix subscribers can look forward to an extensive library of fan favourite Ghanaian dramas and variety shows, such as African Tales-Bleeding heart, Wo Taa Ta Me, Bitter Chocolate, Rainstorm, Almighty, Beyond the cottage, Silent moment and Jupiter Rising. Additionally, iflix members in Kenya can enjoy many hugely popular Korean Dramas series including Goblin and Legend of the Blue Sea along with regional hit series such as Jenifa’s Diary, High Rollers and Maseko Ties and many more,” the company noted.

According to iflix Ghana, “One month of unlimited access to iflix TV shows and movies is priced at GHc10.75 and annual subscriptions will receive discount of more than 33% off the monthly rate, priced at GHc86 per year.”

Access to iflix on up to five devices at once, including phones, tablets, laptops, desktops, TVs and other connected devices;

The ability to download TV shows and movies to any phone, tablet or mobile device to binge-watch offline, when not connected to the Internet;

The ability to share their iflix subscription with family or friends and watch shows on two different devices at the same time.

The launch of the service comes just weeks after iflix announced the completion of its $133 million funding.

Mr Britt added, “The new funds will allow us to further execute on our local content strategy in Africa to ensure that we offer local customers across the region the content that they love and want to share with their family and friends.”

The service is now available to over one billion consumers across 22 territories throughout Asia, the Middle East and Africa.

The company, during the launch, announced actor Chris Attoh as its brand ambassador and also announced that it will partner local content producers to produce and market Ghanaian content globally.