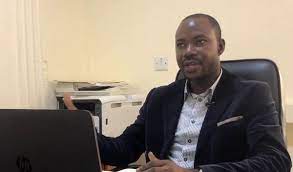 Government has been urged once again to ignore calls to seek an economic programme from the International Monetary Fund.

According to Economist, Dr. Adu Owusu Sarkodie, measures introduced by the Finance Minister, Ken Ofori-Atta, will not be different from proposed actions from the IMF.

Mr. Ofori Atta introduced measures such as additional 10% cut in discretionary spending, 50% cut in fuel coupon allocations for all political appointees and heads of government institutions, amongst others, to revive the economy.

Speaking to Joy Business, Dr. Sarkodie said government was smart to avoid the political tag if it had seek support from the IMF.

“In my own summary, I want to say that these measures would have been the same measures IMF would have provided for us if government had sort for a Fund’s programme.”

“So the government was smart to have avoided the political tag of sending the economy to the IMF. Also, the same policy would have been implemented if they [government] had gone to the IMF.

He commended the government for the bold fiscal measures taken, but want discipline to manifest in the management of public finances.

“They [Government] have done well to signal to the Ghanaian community that they don’t need the IMF to discipline themselves but they can do it. I just hope if they can commit to these measures and implement them and restore confidence in the economy.”

“My major problem has always been the efficient use of our funds. The minister mentioned that the government will save about 3.5 billion from this. What are we going to use the savings and I want the government to be prudent in it public financial management”, he added.