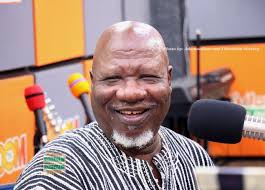 Speaking on Newsnight on Tuesday, Mr Jacob said Nana Akufo-Addo and Dr Mahmud Bawumia have exhibited true leadership since taking the reins of leadership in the country.

“They are doing so well, they are showing leadership by example and that is what Ghana needs,” he told Evans Mensah, host of the show.

Mr Jacob said that it is important for Ghanaians to believe more in leadership that can transform the country than personalities.

His statement comes after the NDC announced it had fired Mr Jacobs from the party.

In a press release signed by General Secretary Johnson Aseidu Nketia, the party said that its disciplinary committee found Mr Jacobs guilty of allegations of misconduct and anti-party conduct brought against him.

That notwithstanding, Mr Jacobs says he does not want to be associated to any party after exiting the NDC.

Meanwhile, he says it was needless for NDC to announce that it had fired him from the party adding that he had already announced to the world that he will not be joining the party ever again after his suspension.

He said that the party should have instead announced that he, Allottey Jacob, have left the party.

Mr Jacob also dismissed the NDC report that found him guilty of misconduct stating the party cannot use its powers to control what he says or do.

“I have never misconducted myself, I have my own opinion on our political landscape so I will talk about it. I am not a zombie to be directed by the party, I have my conscience and I think about Ghana.”