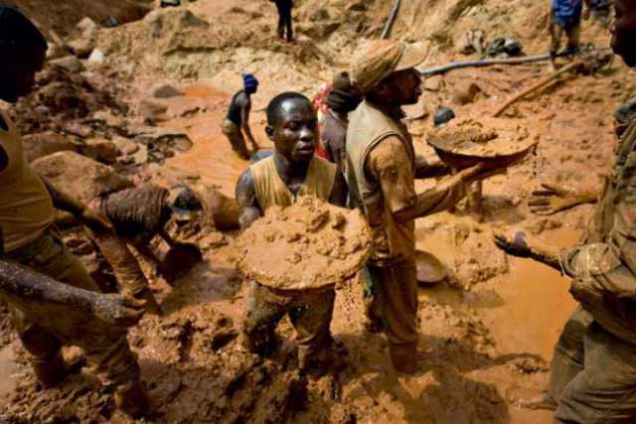 Public Relations Officer (PRO) of the Ministry of Lands and Natural Resources, Abraham Otabil, has said illegal mining activities in the Bono, Bono East and Ahafo Regions have declined as compared to other regions.

According to him, although illegal mining in the three regions has decreased, illicit lumbering appears to be on the ascendency.

Mr. Otabil, who disclosed this in an interview with Wenchi based Radio West Africa said the Ministry of Lands and Natural Resources is fully aware of lumbering activities in the three regions therefore pragmatic measures are being initiated to handle the rising situation.

He explained that the ministry is committed to equipping the various Regional Security Councils (REGSECs) across the country to scoop out all recalcitrant persons engaging in illicit activities along the banks of rivers.

“The Minister has directed the (REGSECs) to present to proposals to enable him to resource them with the necessary logistics to camp down illegal mining along the banks of our rivers,” Mr. Otabil added.

The PRO who attributed the decline in illegal mining activities in the three regions to the massive collective campaign to halt the practice stressed more needs to be done to sustain the momentum.

He further said “now the ministry’s main focus is how to restore the nation’s forest cover, how to protect the natural resources.

“So the minister has appealed to the Bono regional minister to consider starting some training programmes to educate people on how to harvest trees without destroying the environment”.

The Minister of Lands and Natural Resources, Samuel Abu Jinapor, and his team were in the Bono and Bono East regions as part of his nationwide working visit to learn at first hand the status of the environment.

DISCLAIMER: The Views, Comments, Opinions, Contributions and Statements made by Readers and Contributors on this platform do not necessarily represent the views or policy of Multimedia Group Limited.
Tags:
Illegal mining
Illicit lumbering
Ministry of Lands and Natural resources