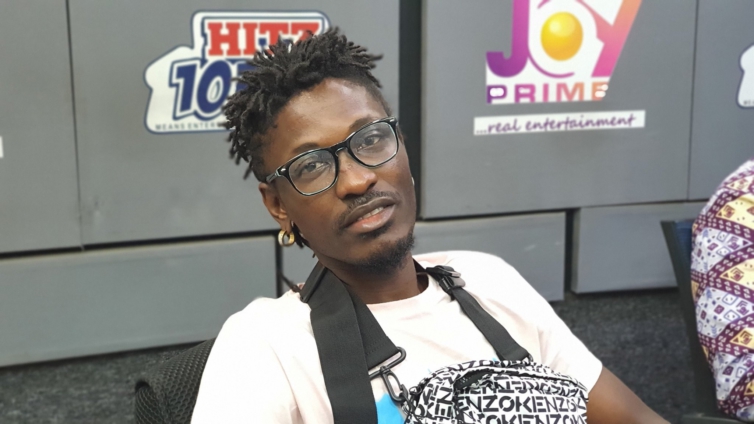 Musician Tinny insists his colleague Stonebwoy was in the wrong for paying off a ¢2,000 debt he supposedly owed a show promoter.

According to him, the ‘Therapy’ hitmaker did not have any right to settle the alleged debt especially when he had not spoken to him (Tinny) first.

Speaking on Daybreak Hitz on Hitz FM, TInny said that Stonebwoy could have ignored it when he heard the issue being discussed on the radio station back in May or chosen to address it off air.

The ‘Makola Kwakwe’ singer stated that he stands by the comments he made about a week ago while reacting to Stonebwoy’s gesture.

“I am 100% right to say that. I will be a fool to pay someone’s money without their knowledge. What shows the person is in trouble? Was I there? have I heard anything from them?”

Explaining what he would have done if the situation was reversed, Tinny said “Who said the brother is in trouble? Have I heard from the brother or anything you hear you take it? Also, who said I needed that help?”

This comes after Reggae/Dancehall artiste Stonebwoy said he was pained to hear colleague, Tinny insult him for paying off his alleged debt.

Stonebwoy said he felt sad after listening to Tinny because he made the payment without any malice intended.

The musician said he offered to help because he did not want the promoter to stretch the issue far more than he needed to.

“Big respect to Tinny but his reason during the interview at the time that I didn’t call him before or after, is flawed. It doesn’t warrant for you to squeeze me in such a manner, insult my intelligence,” he said.

Stonebwoy said he felt sad after listening to Tinny because he meant well and did not make the payment in any way to disrespect him.

Some months ago, an event promoter called out Tinny for supposedly refusing to refund GHS2,000 paid to him for a Valentine’s Day show at Worawora Afariwa Loungeon, which he failed to show up.

The promoter, in an interview on Hitz FM, remarked that “he [Tinny] told me he can’t pay the money so he has decided to use his car as collateral. I couldn’t drive the car to my house, so, I suggested we go to the Taifa Police Station for them to seize the car until I get my money and he agreed.”

Stonebwoy, when he heard of this during the same interview, voluntarily offered to pay his senior colleague’s supposed debt. But, Tinny, breaking his silence in an interview on Okay FM, Monday, said he is not impressed with the entire “clout chasing”.

Tinny described the claims by the event promoter and Stonebwoy’s willingness to pay as an act of foolery since no one reached out to him to verify the claims. He indicated that he saw Stonebwoy’s kindness as a façade.

Meanwhile, on Daybreak Hitz, Tinny insisted that Stonebwoy had no right to pay the show promoter before finding out the facts of the case.

But, Stonebwoy explained on Monday that at the time the show promoter was making his allegations against the hiplife artiste, he stated emphatically that the case was with the police.

“If someone says something is with the police, it is believable because it’s a legal institution, you can’t just lie on them, so that was one thing that made me think it was true, if he had mentioned anything else I wouldn’t have acted on the spot.”

DISCLAIMER: The Views, Comments, Opinions, Contributions and Statements made by Readers and Contributors on this platform do not necessarily represent the views or policy of Multimedia Group Limited.
Tags:
Stonebwoy
Tinny