I'm happy; I no longer have time for my enemies - Koku Anyidoho - MyJoyOnline.com

I’m happy; I no longer have time for my enemies – Koku Anyidoho 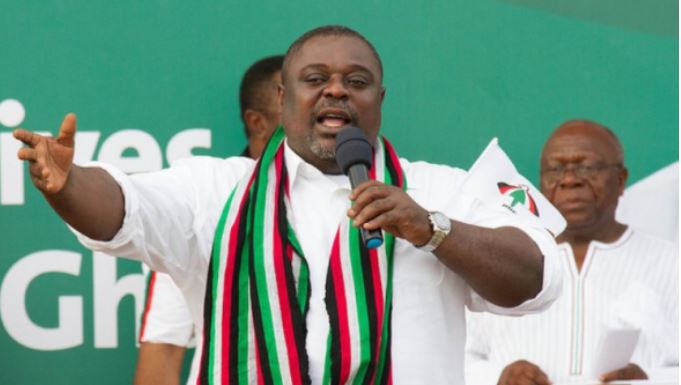 The Founder and CEO of the Atta Mills Institute (AMI), Samuel Koku Anyidoho, has stated that he is now at peace with himself and will no longer be bothered about comments from his enemies.

His statement is inspired by the assurance by President Akufo-Addo to renovate the Asomdwee Park, which is currently the resting place of the late former President John Evans Atta Mills.

In a tweet, a relieved Koku Anyidoho, who still seems very delighted over the promise by the President, shared a photo of the place after it is completed and wrote, “this is what Asomdwee Park will look like when President Akufo-Addo finishes construction and commissions it.

“Atta-Mills Institute is growing from strength to strength in the name of the Lord,” he added.

This is what Asomdwee Park will look like when President Akufo-Addo finishes construction & commissions.Atta-Mills Institute is growing from strength to strength in the name of the Lord. I used to waste time & energy on my enemies; I don’t have time for them again. I am happy 🙏 pic.twitter.com/yl63ILLJC7

Mr. Anyidoho in the previous year, had been involved in a series of back and forth with the National Democratic Congress, the party to which he belongs.

He had been making a series of comments about the NDC which did not go down well with the leadership of the party.

The impasse resulted in the leadership suspending him from the party and subsequently being expelled over “anti-party conduct.”

The party also accused him of “ill-will speeches accentuated by malice and calculated to subject the party to public ridicule.”

In a letter addressed to Mr. Anyidoho, the party stated that the decision comes after the Functional Executive Committee (FEC) considered the report and recommendations of the National Disciplinary Committee on the case of misconduct and anti-party behaviour brought against him.

“The Committee’s report found you guilty of the said allegations of misconduct and anti-party behaviour and recommended your outright expulsion from the Party.”

This decision of the party did not deter him from speaking against the NDC.

However, he seems to have given up the fight as he says he is no longer perturbed about anything his “enemies” say or do.

“I used to waste time & energy on my enemies; I don’t have time for them again. I am happy,” the tweet further said.