I'm not bothered by Bawumia tagging me 'incompetent one' - Mahama - MyJoyOnline.com

I’m not bothered by Bawumia tagging me ‘incompetent one’ – Mahama 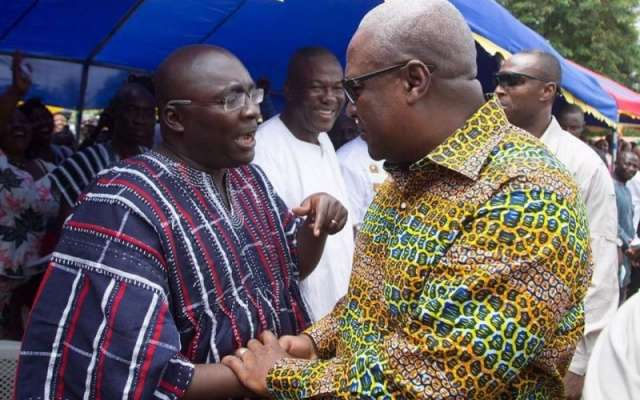 Former President John Mahama has said he is not bothered by Vice-President, Dr. Mahamudu Bawumia’s constant reference to him as “the incompetent one”.

“I hear he calls me the incompetent one but it doesn’t bother me” he responded to questions during his live Facebook, Thursday.

Stressing the importance of civil political discourse, the main political rival to the governing NPP said abusive and insulting politics scares off capable and patriotic Ghanaians who want to serve in political office.

Vice-President Dr Mahamudu Bawumia last used the description in October 2018 after the former president had announced his decision to contest in the 2020 presidential elections.

Mahama’s spokesperson, James Agyenim Boateng  charged that “any needless and unprovoked attack on former President Mahama on any day will not go unanswered.”

In his live Facebook interaction, Mahama was asked if he plans to remain silent if the Vice-President continues derides him.

He answered that politics must not remain dirty and said irrespective of who insults him, he will not be bothered.