I'm not disappointed – Kuami Eugene on losing out at VGMA23 - MyJoyOnline.com

I’m not disappointed – Kuami Eugene on losing out at VGMA23 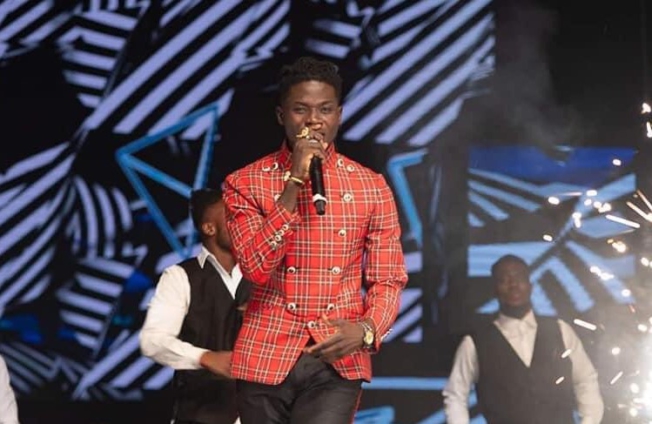 Popular Ghanaian highlife singer and songwriter, Eugene Marfo, popularly known as Kuami Eugene says he is not perturbed about not winning any awards at the recently-held VGMAs.

Speaking to Sammy Forson on Daybreak Hitz, the “Show Body” singer likened the awards to someone granting a loan to an individual in which the person could decide to do it or not, thus, he has no problem if no award went his way.

“Not at all. I have never been disappointed in not winning an award. But it is a plaque at the end of the day and it is like someone borrowing your money and the person wakes up one morning and he is like I don’t think I can loan out the money to you again. It is somebody’s award so if he says I will give it to someone else, I can’t force that person,” he said.

The Lynx Entertainment signee accrued four nominations to his name and won none at the event.

Although he had no worries about not winning, he made it known that he had his eyes set on the ‘Best Collaboration of the Year’ category, and the ‘Highlife Artiste of the Year.’

According to him, on the ‘Best Collaboration of the Year,’ even if he missed out on an award for his project, a project he featured should have won an award.

With regards to the ‘Highlife Artiste of the Year,’ he said he championed Highlife very well under the year in review and as a result, he should have been credited for that.

“Collaboration of the Year because even if it wasn’t my song it should be songs that I was featured on. I mean from Yeeko to Biibi Besi and Abodie and none of them had an award. But then it is VGMA. We have limited power when it comes to VGMA. All we can do is to do the music and give it to them.

“Yeah, Highlife Artiste of the Year, I had my Highlife Concert which was packed and I celebrated AB Crenstil. I mean I have been championing Highlife for some time now. But then again, whoever took it deserves it because he has been working as well,” he noted.

Kuami Eugene was on the show to promote his new single titled “Take Away,” which was released last week Friday.