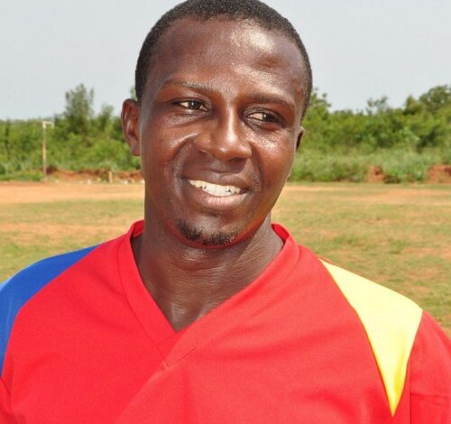 Former captain of Accra Hearts of Oak, Yaw Amankwah Mireku, is not confident his former club will make any meaningful impact in the CAF Confederation Cup, due to lack of consistency.

The 2021/22 MTN FA Cup Champions will commence their Africa campaign with an away fixture against Malian side, AS Real Bamako, on 8th October, 2022, in the 2nd round of the 2022/23 CAF Confederation Cup with the return leg set for a week later at the Accra Sports Stadium.

The Phobians embark on this journey amidst divided opinions following the decision by Hearts to part ways with former Coach Samuel Boadu after a poor start to the new season.

Amankwah Mireku has questioned the timing of Hearts of Oak parting ways with Samuel Boadu and the appointment of David Ocloo as assistant coach, adding that Hamza Obeng should have been maintained as a stop-gap coach due to his familiarity with the players.

In an exclusive interview with LUV FM, the former captain of the Rainbow club stressed he is not expecting much from his former side due to what he describes as a lack of consistency.

“I might not say much about confidence but then, I will say that, I am so much interested when it comes to their performance so for me, the most important thing for them to do is that, they should elevate their performance from that of last year.

“But for me, I am not expecting much from them because it’s a new team all together. Football is all about consistency but then, for you to have individual players, then you might not have a team.

‘’So for me, I think that’s what Hearts of Oak are lacking for now therefore I am not expecting much from them.

‘’If we could have these players for two-three years, then my expectation will go high,’’ he added.

DISCLAIMER: The Views, Comments, Opinions, Contributions and Statements made by Readers and Contributors on this platform do not necessarily represent the views or policy of Multimedia Group Limited.
Tags:
Hearts of Oak
Yaw Amankwah Mireku