I'm not retiring yet - Obrafour - MyJoyOnline.com

I’m not retiring yet – Obrafour 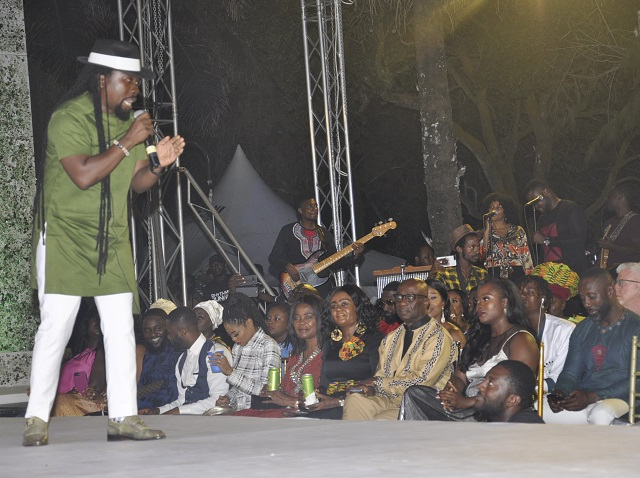 Celebrated Hiplife artiste, Obrafour, who will be celebrating two decades of being in the music industry in November this year, says he has no plans of quitting music.

The Pae Mu Ka artiste who made the revelation at this year’s Rhythms On The Runway on Saturday, August 31, said the numerous awards and honours he had received was an indication that people did not want him out of the game.

Obrafour performing at Rhythms On The Runway

Speaking after being presented with a smock by popular media personality, Kwaku Sintim-Misa (KSM) at the show, Obrafour said, “I’m not retiring because it seems people don’t want me out of the game. All these honours show that I’m still needed so I’m not retiring,” he said.

Prior to his speech, Obrafour had taken patrons down memory lane with his lovely performance of Pae Mu Ka, the song which announced his entry onto the music scene. He was joined by Cy Lover, who featured on the song and the duo excited the audience.

Rhythms On Da Runway organised by Kofi Okyere Darko (KOD) took place at the Christianborg Castle, Osu in Accra. It was a well-organised event which kicked off with a performance tribute to Ghana from spoken word artist, Nana Asaase. His recital reflected the ‘Year of Return’ theme.

He remembered our forefathers and ancestors who were taken into slavery about 400 years ago and how despite the challenges,  Ghana still exudes glory as a nation.

This year’s event gave patrons another night of spectacular fashion by some African designers interspersed with music.

There were designs from Stephapp Ghana from Wa, Yartel designs from Cape Coast, Palse from South Africa, Mudi Africa, Lumiere and Abrantie Collections with popular names such as actor, James Gardiner, Joojo Coleman, Kalybos and Jay Foley modelling on the catwalk.

It was also attended by industry folks with the likes of Efia Odo, Akumaa Mama Zimbi, Prince David Osei and Nollywood’s Richard Mofe Damijo in attendance.

Obrafour with Cy Lover on stage