I’m prepared to be brand ambassador, use me before I die – Fred Amugi tells businesses 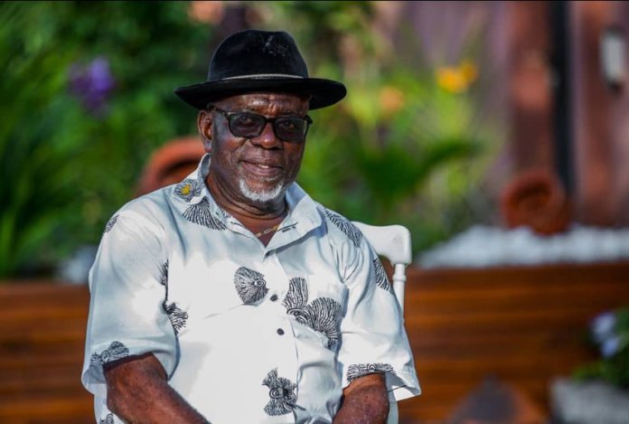 Veteran actor, Fred Amugi says it is his wish to be on billboards and collaborations with corporations in the country before his death.

The actor, in an interview he had before his 74th birthday, made an appeal to corporate Ghana and other International outfits to consider him for brand ambassadorial deals.

Fred Amugi noted that seeing his face on a huge billboard mounted on vantage points of the country would be a significant achievement and a reminder of his immense contribution to the Creative Arts industry.

The actor who was emotional while talking about receiving his flowers before his demise stated “one wish I would love to have for my 74th birthday is to see myself on billboards as a brand ambassador. I wouldn’t want to die before I’m mounted on billboards when I wouldn’t see what corporate Ghana did for me.”

“So, corporate Ghana, here I am, I’m prepared to be a brand ambassador for your products. Use me when I’m alive, not when I am dead and gone,” he said.

The intent, he hinted, is not for the money, but to etch his image in the minds of Ghanaians beyond the many films he has featured in, which has made him a household name.

DISCLAIMER: The Views, Comments, Opinions, Contributions and Statements made by Readers and Contributors on this platform do not necessarily represent the views or policy of Multimedia Group Limited.
Tags:
birthday
Fred Amugi