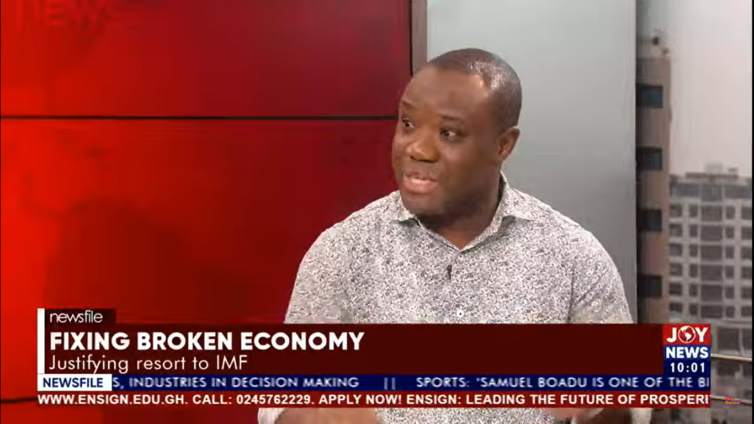 A former Deputy Minister for Information, Felix Kwakye Ofosu, says government’s intention to seek economic support from the International Monetary Fund (IMF) has made it a victim of its own ‘cheap’ propaganda.

According to the politician, the New Patriotic Party (NPP) while in opposition made it their core mandate to vilify the IMF programme when the National Democratic Congress (NDC) administration sought the Fund’s support in 2015.

He noted that President Akufo-Addo who was then NPP’s Presidential Candidate and his cohorts frustrated the erstwhile John Mahama government to win political scores.

On the back of this, Mr. Kwakye observed that the government is embarrassed to have come out with such an announcement.

“The NPP has become a victim of their own cheap pedestrian politicking. We (Ghana), have gone to the IMF 16 times as many people have said. Up until 2015, IMF programmes were not really such a big deal until the likes of Bawumia, Gabby and Akufo-Addo decided to make it a political hot potato for the NDC [National Democratic Congress] administration.

“So they dabbled in all manner of false claims and demonised the IMF and made them look like they were a bunch of people with horns and tails wielding pitchforks to false problem down our throats and that they were never going to go there,” he said on Saturday.

He further added, “It is not surprising seeing how humiliated they have become. I mean the IMF announcement has become a thunderbolt among the ranks and file of the NPP. They are so humiliated and disgraced that they cannot even man up and mount any credible defence as to why they are going.”

On Friday, news broke that President Akufo-Addo had directed the Finance Minister, Ken Ofori-Atta, to begin formal engagements with the International Monetary Fund, for an economic programme.

Although at the beginning of the year, the government was adamant about seeking financial support from the IMF, Mr Ofosu said on JoyNews’ Newsfile that the Akufo-Addo government has no option.

He noted that due to the current state of the economy, government is in dire need of support and not Electronic Transfer Levy (E-levy).